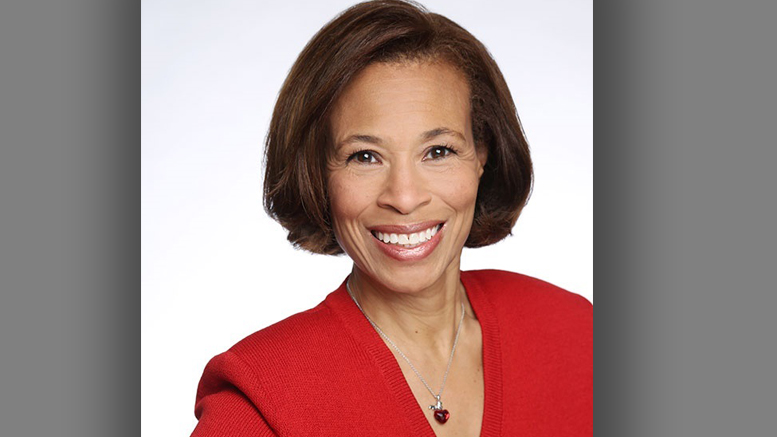 Muncie, IN – The Anderson-Muncie Alumnae Chapter of Delta Sigma Theta Sorority, Inc. will host the 2018 Indiana Statewide Founders Day Weekend Celebration on March 2-3 at the Horizon Convention Center in Muncie.  The public is invited to a Welcome Reception at 7:00 p.m. on Friday evening followed by “Club Delta” line dancing and strolling ($10 admission).  On Saturday at Noon, the Statewide Founders Day Luncheon will feature keynote speaker, Deborah Jones-Buggs.

Deborah Jones-Buggs was initiated in 1979 through the Gamma Nu Chapter of Delta Sigma Theta Sorority, Inc. at Indiana University. Buggs has been elected and appointed to numerous leadership positions on the local, regional, and national levels. She has served as Chair of the National Finance Committee and Delta’s National Executive Board from 2008-2013. Currently, Buggs is the National Treasurer of the organization and a member of the Board of Directors of the Delta Foundation.  Professionally, Buggs is a CPA and for the last 28 years she has been a Special Agent with the FBI specializing in white collar crime, specifically bank fraud, mortgage fraud and identity theft.  Jones-Buggs is a native of Muncie, Indiana and received both her Bachelors and Masters degrees from Ball State University.

Delta Sigma Theta Sorority, Inc., is a private, non-profit organization founded on January 13, 1913 by 22 collegiate women at Howard University.  Their purpose is to provide assistance and support through established programs in local communities through the world.  A sisterhood of more than 275,000 predominantly African American college-educated women, the Sorority currently has over 950 chapters located in the United States, England, Japan, Germany, the Virgin Islands, Bermuda , the Bahamas and the Republic of Korea.  The major programs of the sorority are based upon the organization’s Five Point Programmatic Thrust: Economic Development; Educational Development; International Awareness and Involvement; Physical and Mental Health; and Political Awareness and Involvement.

The Anderson-Muncie Alumnae Chapter of Delta Sigma Theta Sorority, Inc. was originally chartered in 1997.  Membership numbers dwindled and the Sorority was inactive for several years.  In 2009, the retired Anderson-Muncie Alumnae Chapter was re-activated.  They have actively implemented the Five Point Programmatic Thrust, hosting several programs including: Delta Honors, May Week, Deltas at Dusk, Delta Days with the Mayor, Crimson and Cream Progressive Dinner, and the annual Scholarship Dinner.