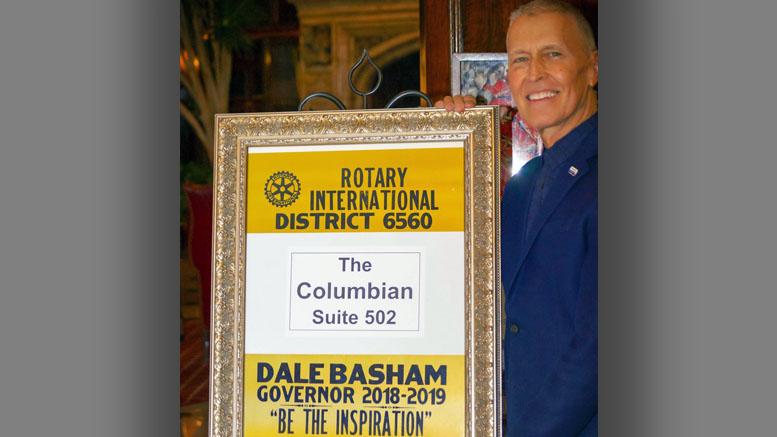 Muncie, IN—Muncie Rotary has been a dynamic force for good in our community for the past one hundred years.

Rotary’s motto, “service above self” has been exemplified by many members over the past century and now one of our own is being elevated to Rotary International District 6560 District Governor.

Dale Basham will become just the 7th person to represent Muncie as District Governor in the 100 year history of Rotary in our community.  This is rarified air and cause for celebration, not only for Dale or our local service club, but for all of Muncie.

District 6560 encompasses 44 service clubs and 2500 members throughout all of central Indiana, including the Indianapolis Rotary Club, who boasts over 400 members by itself.  Rotary has had a long and proud history of service within the District, with our Muncie club being one of several with 100 years of service to those in need in their respective communities. 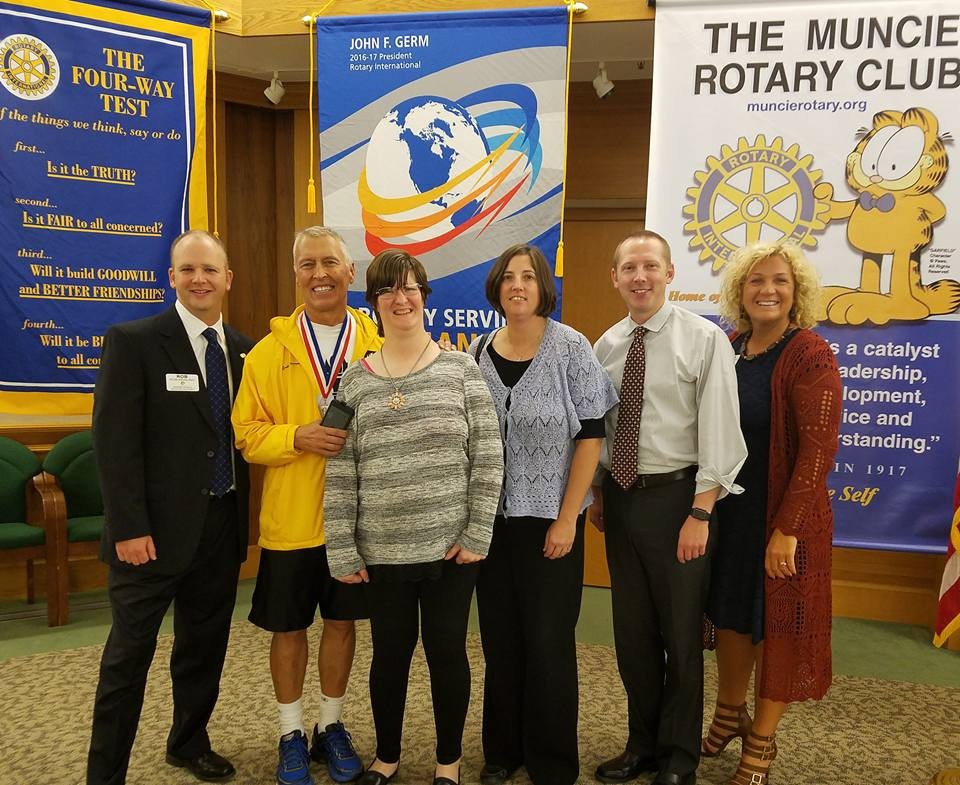 Over the years, some very fine men and women have served our community.  Jim Davis, of “Garfield” fame is a Muncie Rotarian and his famous cat is featured prominently as a “mascot” within our local Rotary emblem.  Dale epitomizes the “can do”, “get it done” qualities of many of our other great leaders but with a flair and charisma that is contagious and second to none.

It was during Dale’s tenure as President of our local Rotary club that I became a member.  Dale was instrumental in my joining and I know several others who would say the same thing.  While some other clubs in the District were struggling with membership, Muncie’s membership grew and thrived during Dale’s time as President.  People throughout our District wanted to know—“What’s going on in Muncie?”

Dale has traveled the world on behalf of Rotary and everywhere he goes, Muncie Rotary and Muncie has been front and center. He has been the guest of Honor at the Barcelona, Spain and Florence, Italy inauguration of their respective incoming governors.  Dale has been nothing short of an ambassador for Rotary and Muncie during his many travels abroad.

Closer to home, Dale was tabbed as the Chairman of the Rotary District Conference at the Indianapolis Children’s Museum and it was during his term as President that Muncie celebrated its 150thanniversary.  Dale and Muncie Rotary played a prominent role, leading the charge, and the cheers, as we celebrated this great milestone for our community.

Over the years, Dale has been there for the young people of this city and their parents, via his roles as a teacher and administrator with Muncie Community Schools.  He has also been there, more times that I can count, for this city he loves so much.  If there was a big event in town, Dale wasn’t only in attendance, he was likely leading it in some capacity.

Over and over, Dale has been there for us.  It is only fitting that we be there for him during this momentous occasion as we celebrate our city and one of our own.  As Dale himself would say, “Don’t miss a minute!”