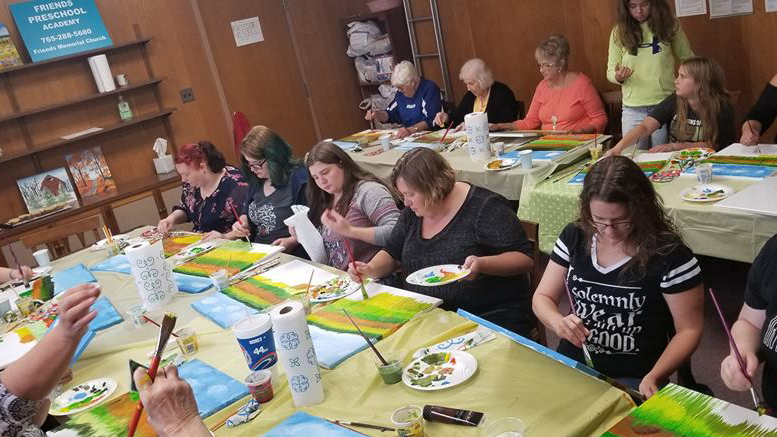 The Old West End Neighborhood Association Arts Festival will take place on August 24, from 10am to 3pm. Photo provided

Muncie, IN—Ball State professor Jim Needham will be the keynote speaker at the Old West End Arts Festival on Saturday, Aug. 24, with a presentation on iconic American painter Bob Ross, whose The Joy of Painting was produced at WIPB-TV at BSU.

Needham was general manager at the station and was instrumental in signing Ross to make the series. Needham’s programs will take place at 10:30 a.m. and 12:30 p.m. in the sanctuary at Muncie Friends Church, the meeting place for the Old West End Neighborhood Association. OWENA and the church are collaborating to put on the festival, which runs from 10 a.m. to 3 p.m.

The new arts festival is designed to provide fun, low cost family activities, such as chalk walk sidewalk art competition, a city-wide art exhibit and sale, and free Kindermusik class at Friends, corner of Cherry and Jackson streets. A take on an old African proverb, “It takes a village to raise a child,” a cardboard box village will give children a chance to dream their future community. Appliance boxes and other large cardboard boxes, duct tape, markers and a grownup with a boxcutter will foster a creative construction free-for-all in the church atrium.

The Joy of Painting was an instructional TV show that aired internationally from 1983 to 1994 on PBS. Ross went from being a public television personality to an internet celebrity in the 21st century, becoming popular on You Tube and many other websites after his death. Ross can now be seen in 23 countries. Twitch has shown his entire series twice, attracting 28 million viewers. His popularity continues to grow.

Festival organizers hope to support local artists and strengthen the artistic community, particularly in the Old West End, and to raise funds for the historic preservation of the Friends meeting house, which is on the National Register of Historic Places. It is more than a century old and once housed one of the largest Quaker congregations in North America.

There will be an all-day exhibit and sale of art by local artists in Goddard Hall, a large Gothic revival room in the church. Artists can also show off their talents outside by doing sidewalk chalk art in categories such as best superhero art, best use of a pavement fault, best in the style of a classical masterpiece, best art by a family, best art by a person age 12 or under, and a People’s Choice Award.

Awards for the show and for the sidewalk chalk art competition will be presented at the end of the day in the sanctuary.

Madjax art incubator will provide one of its painted, public pianos for display, and local artist Denise King will lead a discussion on public art at 12:30 p.m. She will lead the creation of a community mural starting at 10 a.m. and running throughout the day. 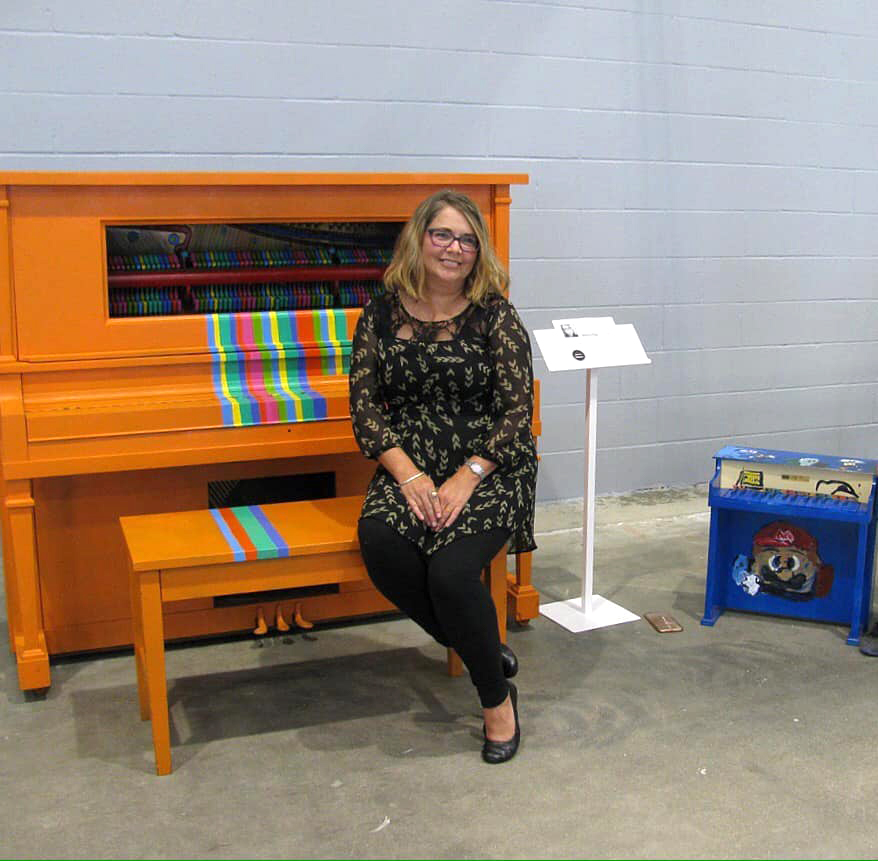 Other activities for the day include:

Lunch will be served from 11 a.m. to 1 p.m. in the dining hall in the basement of the meeting house on a freewill donation basis. Quaker Women’s Circle will prepare homemade chicken and noodles, mashed potatoes, green beans, a drink and a dessert. Baked goods will also be for sale.