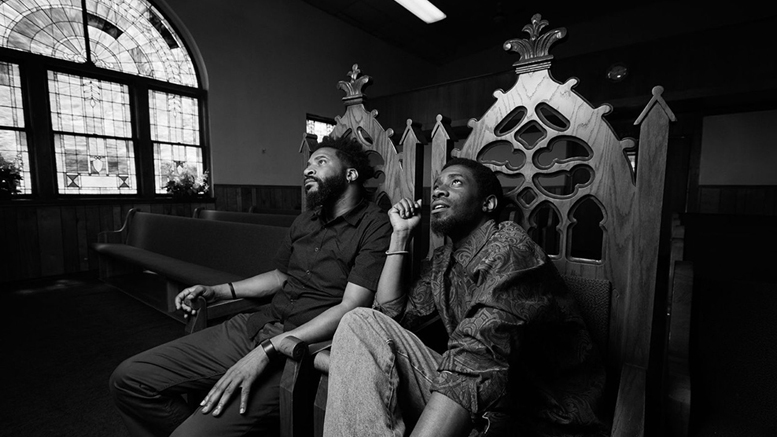 Muncie, IN—Acclaimed Memphis gospel/soul group The Sensational Barnes Brothers will be performing in a FREE outdoor concert as part of the 2021 Muncie Three Trails Music Series. The concert will take place at 7:00 PM on Saturday, July 24th at Canan Commons (500 S. Walnut St.) in the heart of downtown Muncie, IN. Memphis’ SBB Band will open the show.

The Sensational Barnes Brothers are a melting pot of the old and the new. As Pop Matters states, “The brothers run through a spectrum of moods and modes in their gospel soul, often bridging the gap between, say, the Soul Stirrers and Stax, all the while keeping a local flavor.” Chris and Courtney Barnes are able to dive deep into their roots, creating a sound that reflects the music of their history, all the while drawing in a modern-day audience. Family was and is a huge part of the creation of their sound.  Their father, Calvin “Duke” Barnes, was steeped in gospel music, and his wife, Deborah, was the daughter of Rev. James L. Gleese, founder of the Beale Street Mission.

Music came to her even more naturally than it did to her husband. But she still wasn’t prepared for the day when the phone rang and a voice on the other end said, “Hello, this is Ray Charles.”  Deborah answered the call and became a Raelette, one of the background singers for the Genius of Soul, before love, marriage and children demanded that she leave the touring life behind. The Barnes family then carried on as musical collaborators for years and still play and sing together, even with their father gone. In 2015, the family released an album, Family Tree, before the brothers began to focus on putting together The Sensational Barnes Brothers.

Prior to the release of their critically acclaimed debut album, Nobody’s Fault But My Own, Chris and Courtney worked with legends of soul and R&B as well as modern-day award winning artists. The brothers featured as background vocalists on Don Bryant’s Grammy nominated album Don’t Give Up on Love. Chris also joined longtime singer and performer Larry Dodson, former lead of the Bar-Kays, in the launch of his solo career.  More recently, the brothers have worked with Latin Grammy nominated ensemble Making Movies, as well as with Dan Auerbach, lead singer of The Black Keys, on his solo work. But the Sensational Barnes Brothers main focus is now their own group, bringing it all back home to music they grew up with. Inspired by their shared past and fueled by harmonies that resonate with both their blood ties and their kindred souls, the brothers see themselves singing, playing, and dancing to this music for a long time to come. You can be certain you will join with them when they hit the Canan Commons stage.

The Muncie Three Trails Music Series is a non-profit partnership between Muncie Downtown Development Partnership, Muncie Arts and Culture Council, and Rick Zeigler, series founder and organizer. The mission of the series is to bring critically acclaimed, national recording artists to perform at Canan Commons, Muncie’s premier outdoor performance venue, located in the heart of Downtown Muncie. A second mission is to promote the many recreational, artistic, and cultural attractions located along, or in close proximity to, Canan Commons and Muncie’s popular “Three Trails” — The White River Greenway, Cardinal Greenway, and Muncie Arts and Culture Trail. We hope attendees will heed our slogan, “Explore the Trails, Enjoy the Music.”