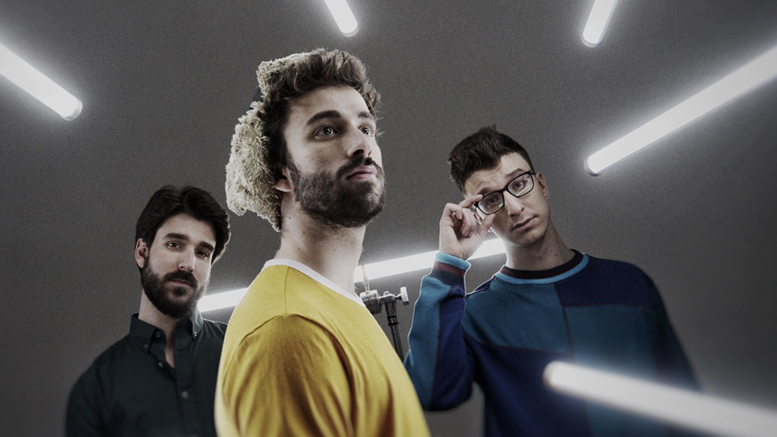 MUNCIE, Ind. – AJR with special guest Sara Kays will be performing at Emens Auditorium on September 11, 2021 at 7:30 p.m. and tickets to this previously exclusive student concert have now been released to the public!

For AJR, making music is paramount to unadulterated freedom. Yes, to hear this trio of brothers tell it, when best harnessing their innate musical skillset, the inevitable result is complete catharsis. “It’s about a mindset, not a specific sound,” multi-instrumentalist band member Ryan says of he and his siblings open-book approach to their music. It’s why AJR have forever taken a no-rules approach to their craft – as they see it, each song is an opportunity to push the limits of pop music. It’s all effortlessly executed on their kaleidoscopic third album, Neotheater [AJR Productions/S-Curve/BMG], the aural answer to a simple question: why put up sonic roadblocks when endlessly colorful possibilities await on the other side?

Listening to AJR’s adventurous new songs is to bear witness to the multiplatinum New York threesome—Adam [bass, vocals], Jack [vocals, guitar], and Ryan [ukulele, piano, vocals] — reveling in unlocking a world where forties-style technicolor choruses co-exist with beats indebted to Israeli hip-hop. Most importantly, it’s all woven together via lyrics that ponder the universal conundrum of growing up.

“We asked, ‘Why not?’ as opposed to, ‘Why?’” Ryan recalls of the band’s mindset when writing and recording their latest LP. “We were like, ‘Let’s experiment. Let’s find sounds you don’t hear. Let’s write about topics that aren’t usually discussed. Let’s wrap it all up in a package accessible to a five-year-old and a 95-year-old.’”

Of the ever-increasing maturity they’ve exhibited via their lyrics, Ryan adds, “We’re thinking about an artist’s purpose and place in the world.  We’re wondering what it means to grow up in 2019 and how frightening it can be.”

The latest AJR offering that deals directly with this ever-important life lesson is the call-and-response single “Bang!,” which Ryan says is about that “weird middle-ground between being a kid and becoming an adult and accepting the inevitability of growing up.”

“The fact is, adulthood is bound to hit us at some point, so the plan we made in the song is to ‘go out with a bang.,’” Ryan adds of the infectious new track. “Sonically, with every new song we make, we try to stretch out of our AJR comfort zone. With Bang! it felt exciting to step into this darker, horn-heavy vibe, where the verses are small and mysterious, and the chorus explodes into this theatrical trap anthem.”

In diving deeper into the lyrical meaning behind the song, the musician notes, “In order to hold onto youth, we’re peppering unfamiliar modern sounds with sonic elements we’ve known forever. We’re maintaining this urge to jump on the bed and play games because that’s our favorite place in our minds. It makes us AJR.”