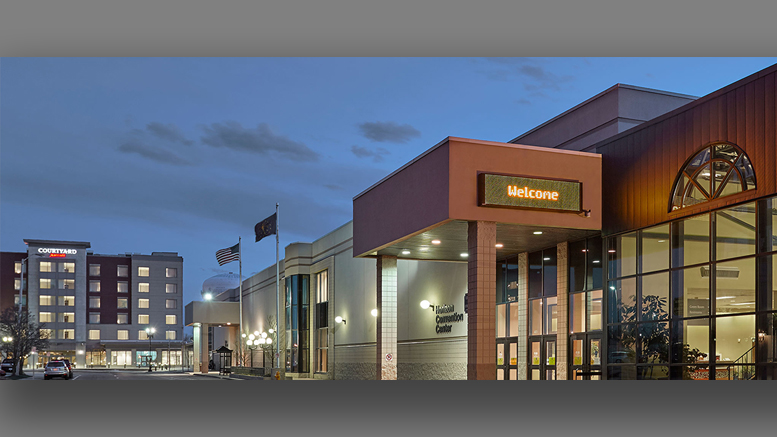 Muncie, IN—The Horizon Convention Center is gearing up for a very busy 2020, with many new and exciting conferences and events scheduled. In preparing for a busy 2020, the HCC has implemented or is in the process of making significant improvements to the facility.

The Horizon Convention Center has upgraded both the men’s and women’s restrooms by the Green Room Hallway to a more modern, up-to-date style. While doing that project the Horizon Convention Center used the opportunity to create a new family/unisex/single person restroom. HCC also used a small portion of the Green Room to create a new nursing mother’s room.  “Since the attached Courtyard Hotel opened we are attracting more convention business, requiring our clients and their guests to be in the building for 8 and sometimes 10 hours at a time. We have seen an increased demand for these amenities and want to be a leader in our industry for these and other guest-comfort initiatives,” said Joann McKinney, president/CEO. 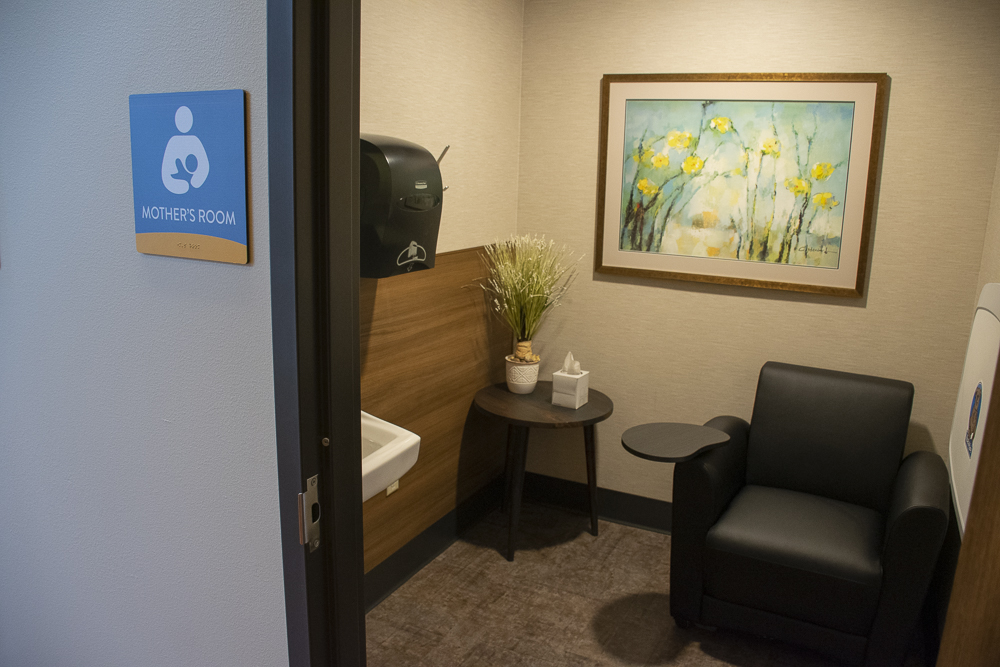 A peek inside the new Mother’s Room. Photo by: Mike Rhodes

HCC is currently undergoing a process of re-lamping the entire building with new LED lighting. Existing lights throughout the building will be replaced with energy-saving LED lighting. Incandescent bulbs release about 90% of their energy as heat. Energy Saver, an online resource from the U.S Department of Energy says LED lights use between 75-80% less energy. Sodium Vapor lighting releases even more energy as heat.

LED is a highly energy efficient lighting technology, and has the potential to fundamentally change the future of lighting in the United States. LEDs — especially ENERGY STAR rated products —last 25 times longer, than incandescent lighting.

Keith Wilson, director of facilities for the Horizon Convention Center said, “There’s real cost savings from the energy we will not be using, and we won’t have to purchase and replace light bulbs as often as we currently do. We will also save on labor, since we will not need to have someone replacing light bulbs nearly as often.”

One of the new ceiling LED lights installed in the front lobby of the Horizon Convention Center. Photo by: Mike Rhodes

Wilson says the Horizon Convention Center is also installing new chillers in the original building. Those chillers were installed in 1988 when the building was refurbished into a convention center. “We are also replacing two boilers from the building expansion,” Wilson said. “Those boilers were installed in 1996. We expect energy savings from these projects as we move forward with newer, more efficient equipment.” 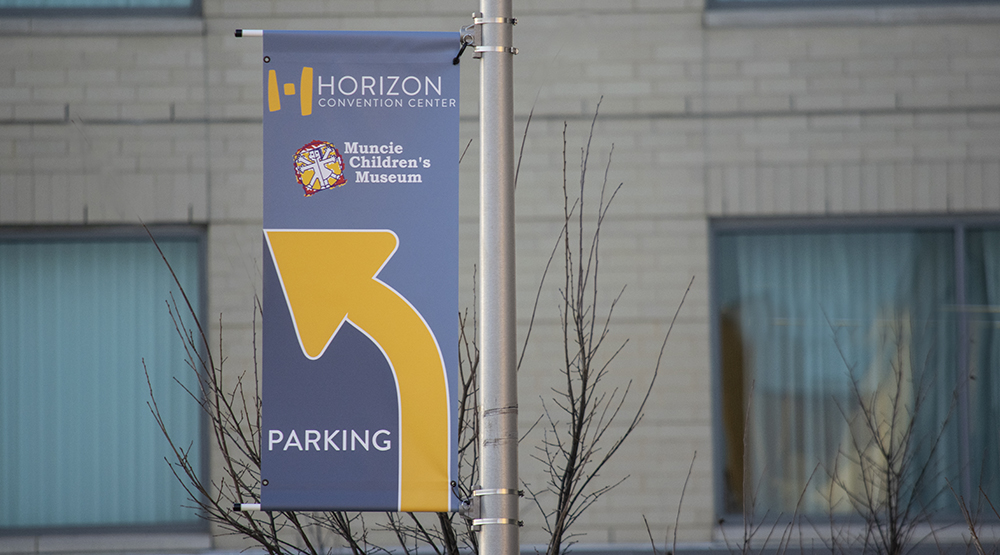 New parking signage around the facility. Photo by: Mike Rhodes

Austin Smith, Horizon Convention Center Chef, and several others from the HCC recently graduated from the Muncie-Delaware County Chamber of Commerce Academy for Community Leadership Program (ACL.) Participants from the Soup Kitchen of Muncie also went through the program. The two organizations teamed up during the class and came up with the idea.

McKinney says, “We are each in the food business and are both focused on taking care of people. The idea seemed like a natural fit for our organizations.”

As the slogan below indicates, the Horizon Convention Center “creates events and connects people.” The Soup Kitchen of Muncie initiative is a great example of exactly that.