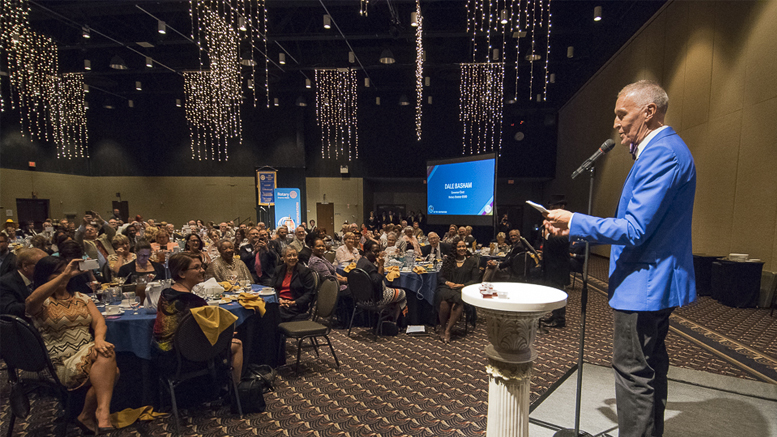 Dale Basham is pictured making remarks after taking the oath of office as the 2018-2019 Rotary International District 6560 Governor. Photo by: Mike Rhodes

Muncie, IN—On June 19th, hundreds of people attended a ticketed event at the Horizon Convention Center to celebrate the inauguration of Dale Basham as Rotary District 6560 District Governor for 2018-2019.

Basham is the 7th person to represent Muncie as District Governor in the 100 year history of Rotary in our community. District 6560 encompasses 44 service clubs and 2,500 members throughout central Indiana.

Muncie Mayor Dennis Tyler was one of the first presenters of the evening. Mayor Tyler read a proclamation from the City of Muncie in honor of Basham.

During the evening, a number of presenter/actors, dressed in authentic attire from time periods of the past, made remarks. 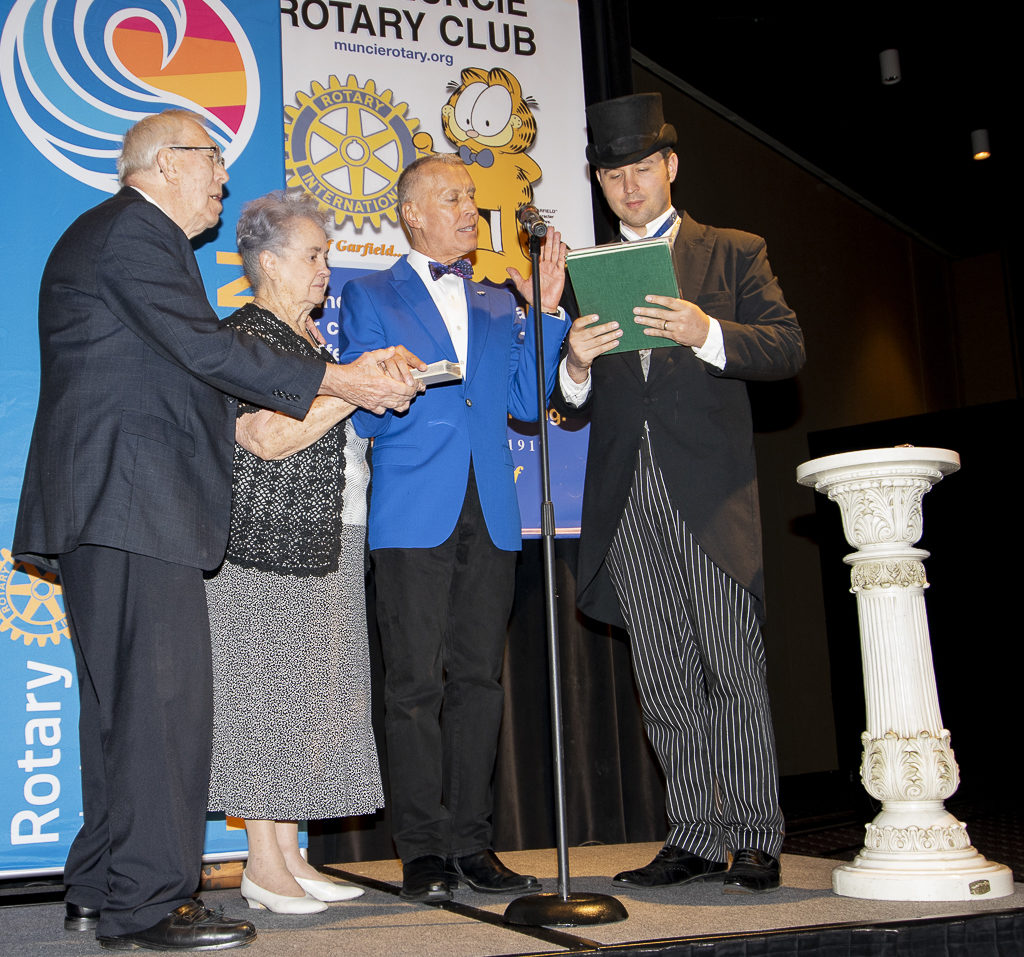 Dale Basham takes the oath of office with his parents by his side (L) and Jonathan Kipp Becker (R) who portrayed Paul Harris, Founder of Rotary during the evening.

Click the play button below to listen to Basham take the oath of office.

After taking the oath of office, Basham looked around the room and said, “I am so thrilled to be here tonight. We are Rotarians. We dream impossible dreams.” He went on to make comparisons to the speeches made by the guest actors throughout the evening.

“We are Rotarians. We are people of action. We dream…impossible dreams.”

Scenes from the inauguration are below. 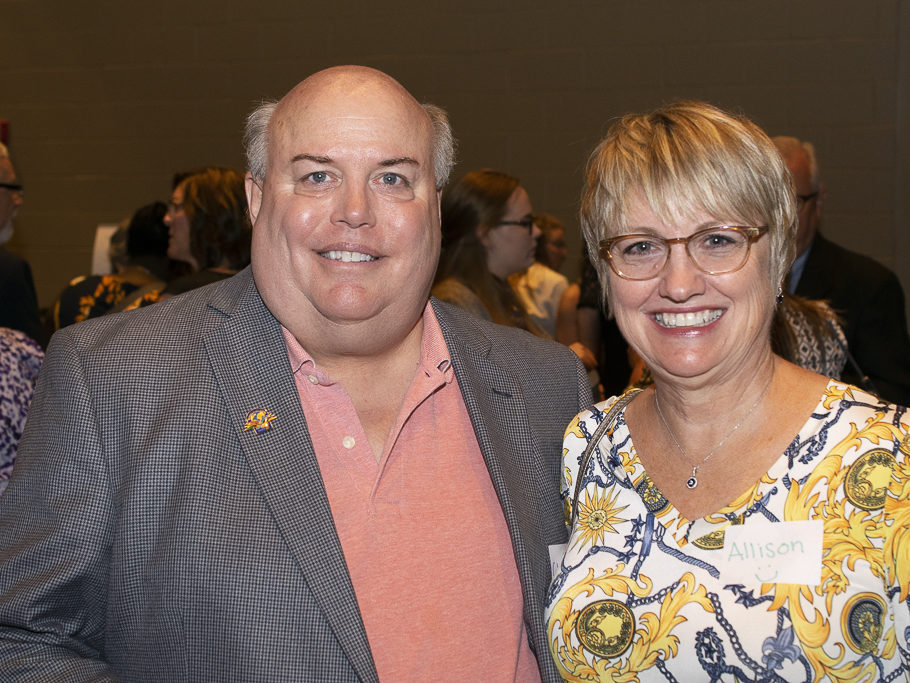 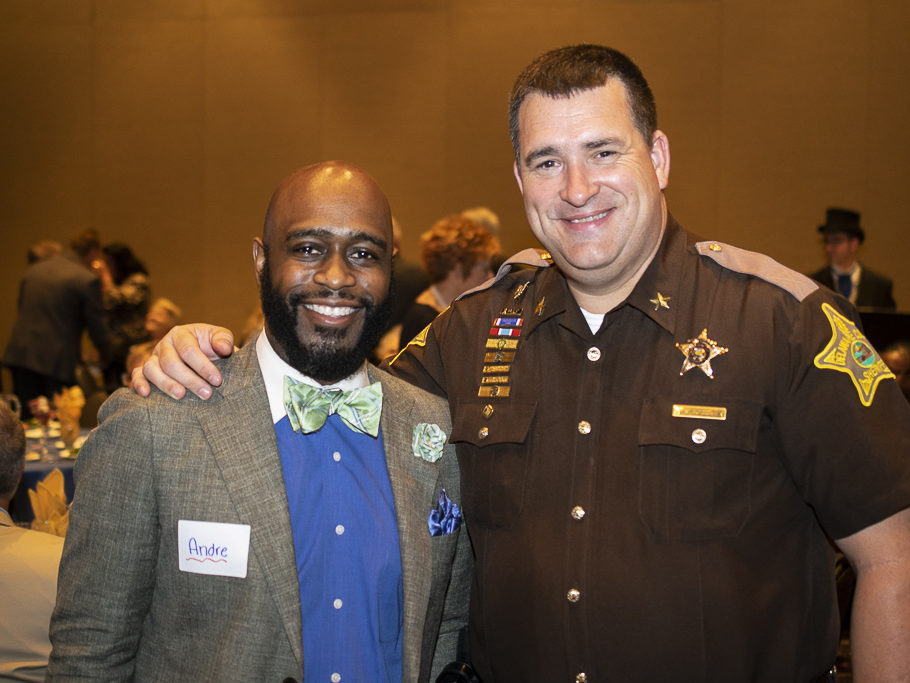 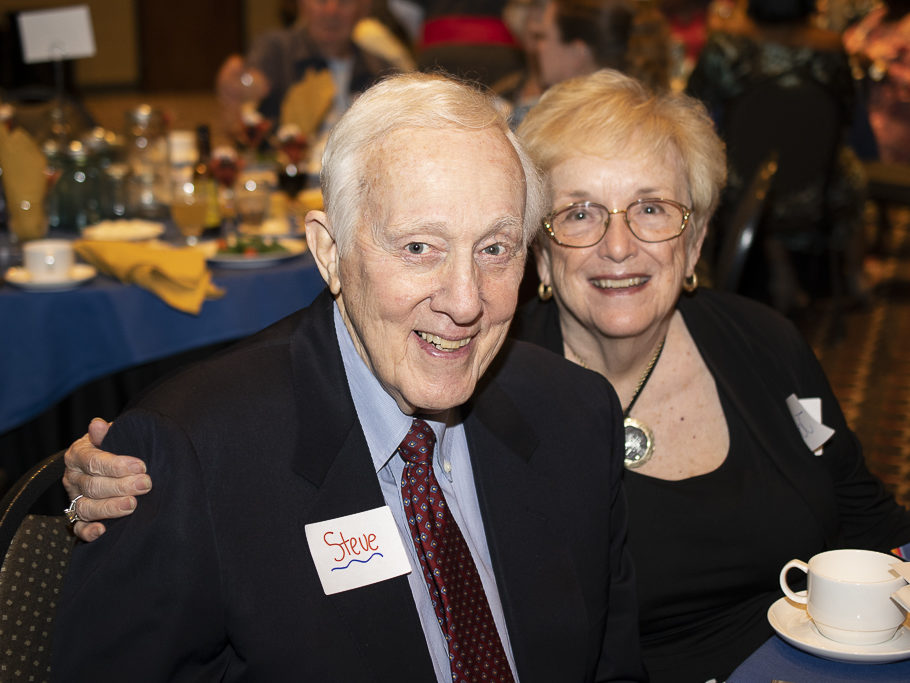 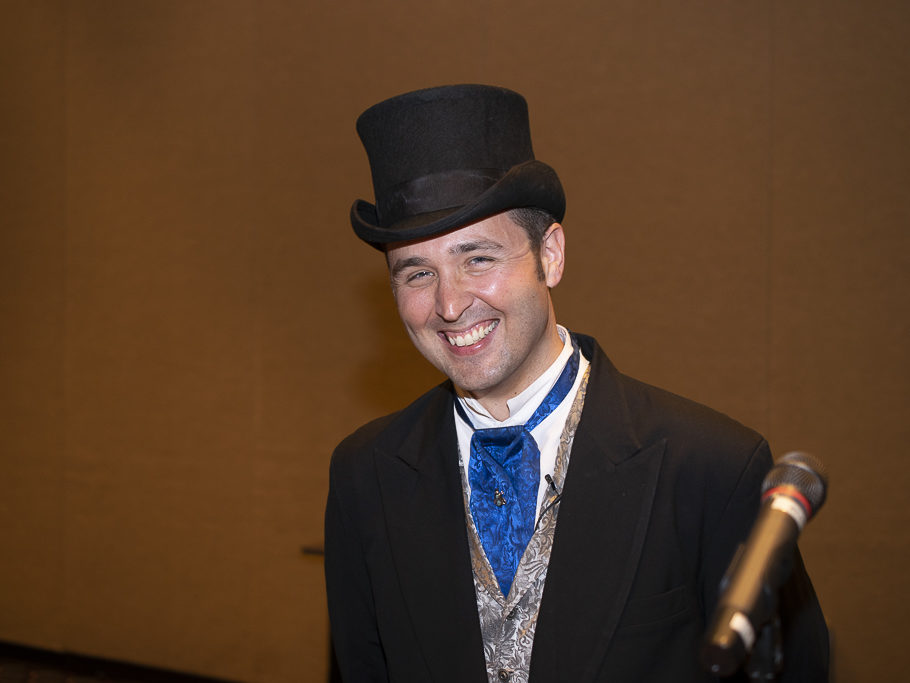 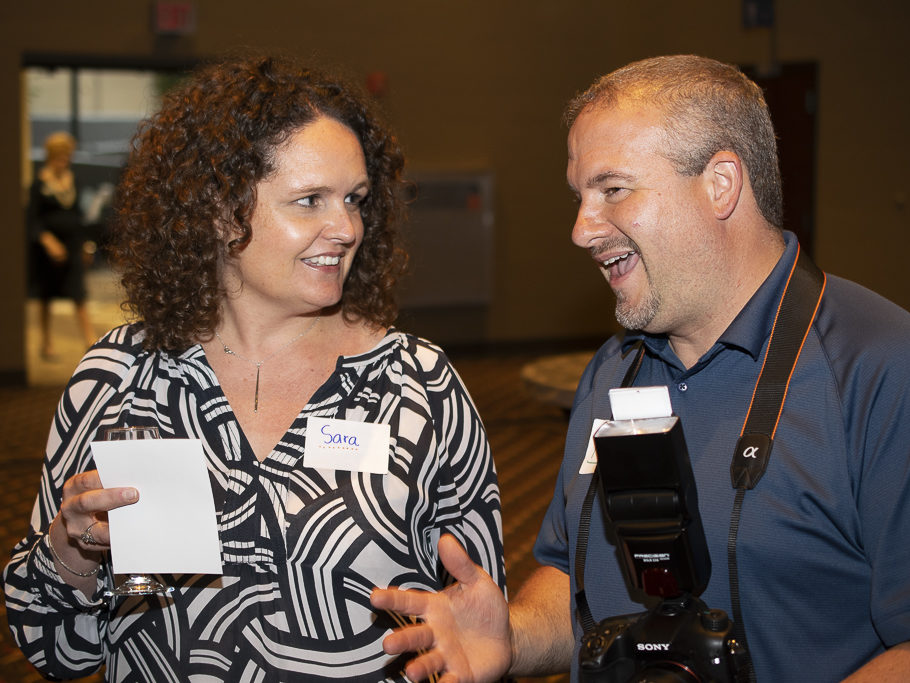 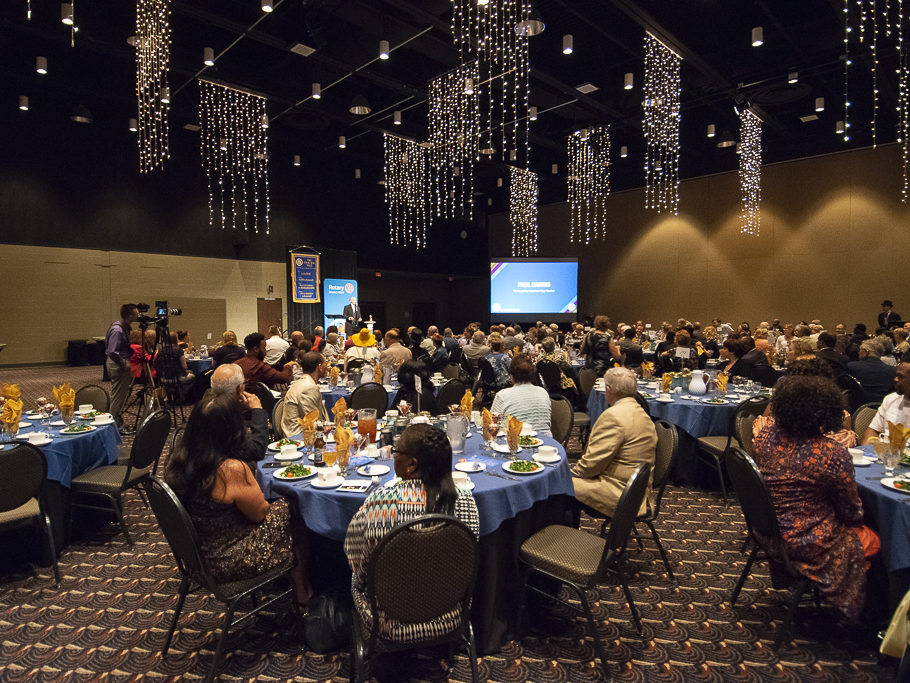 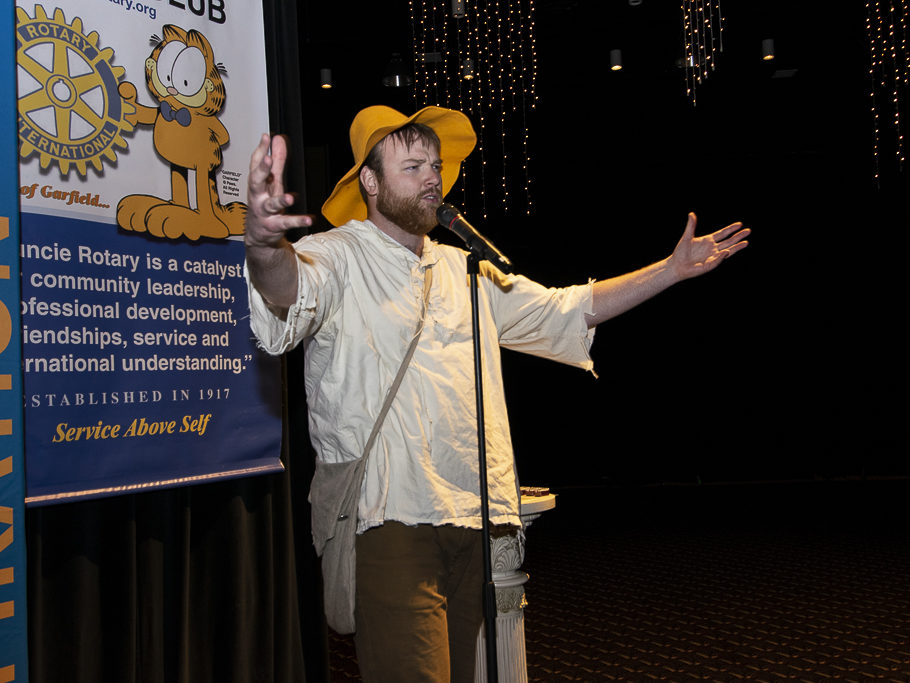 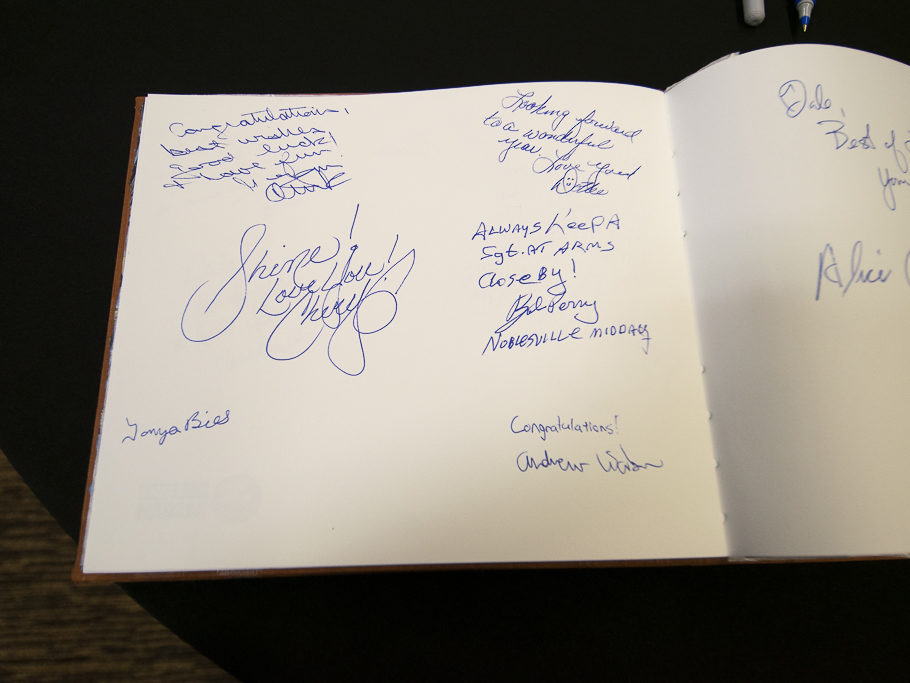 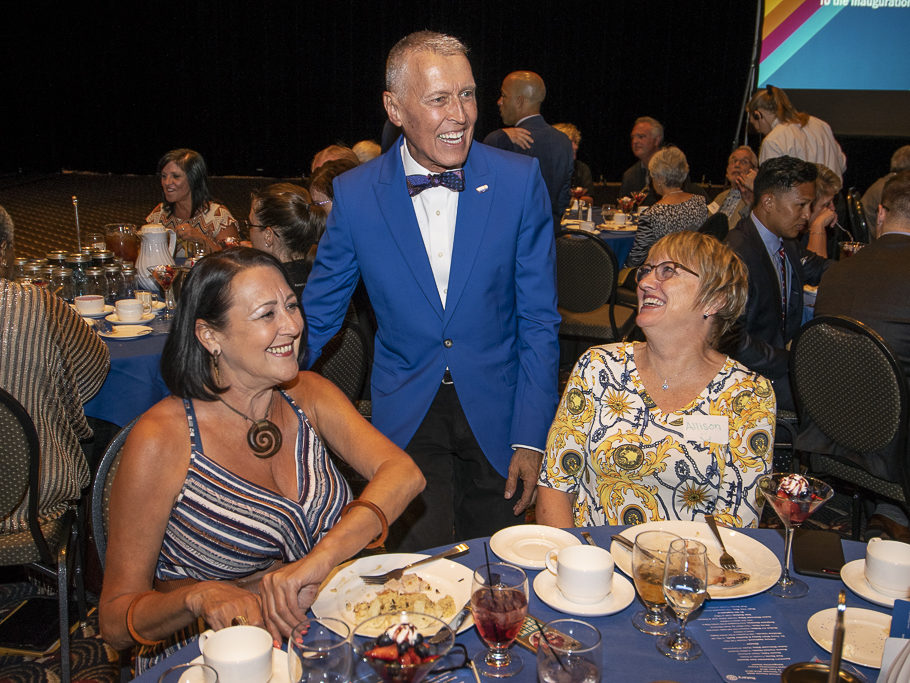 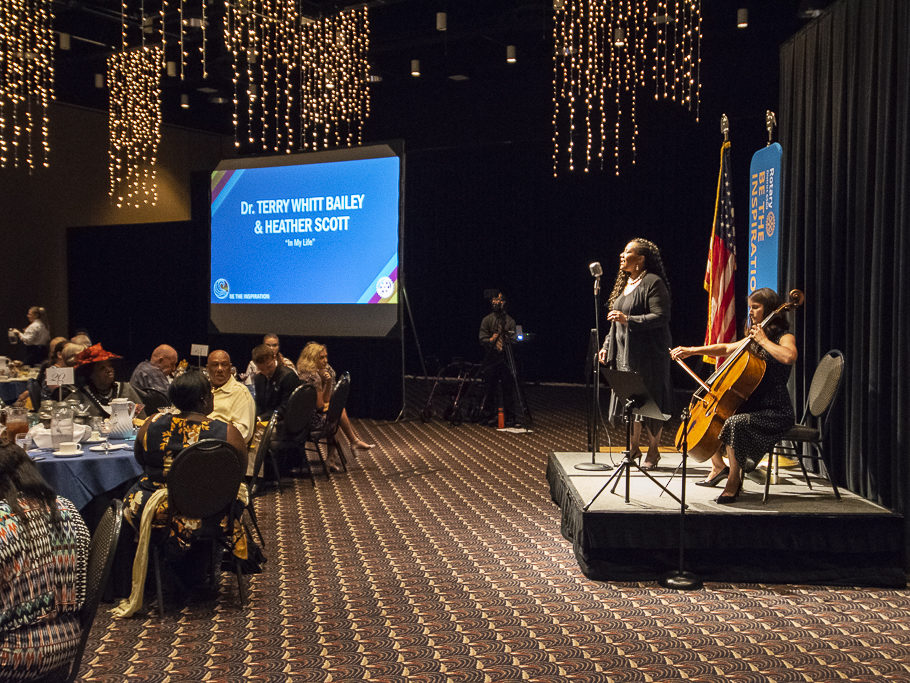 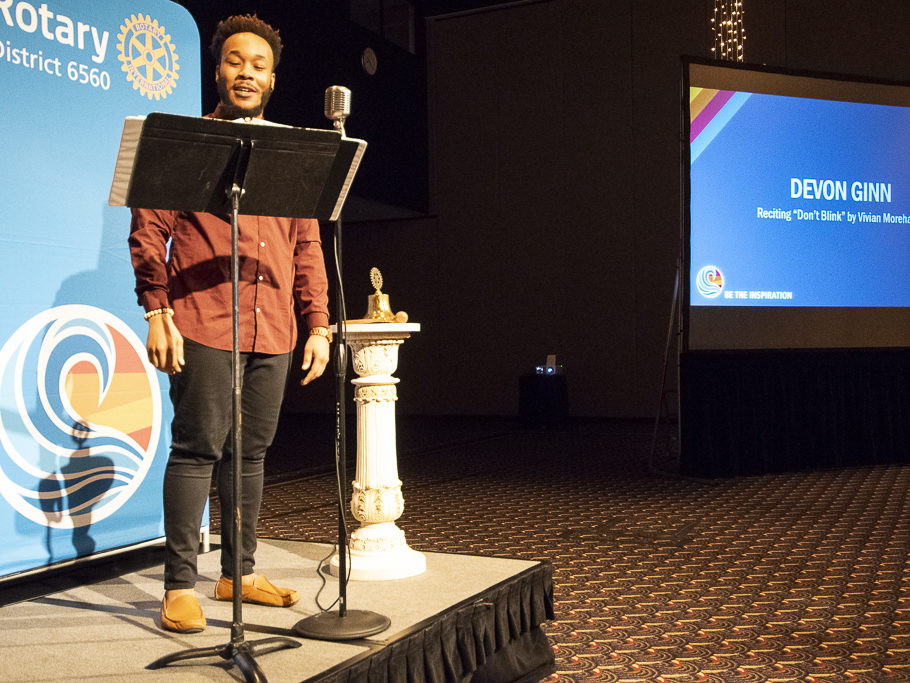 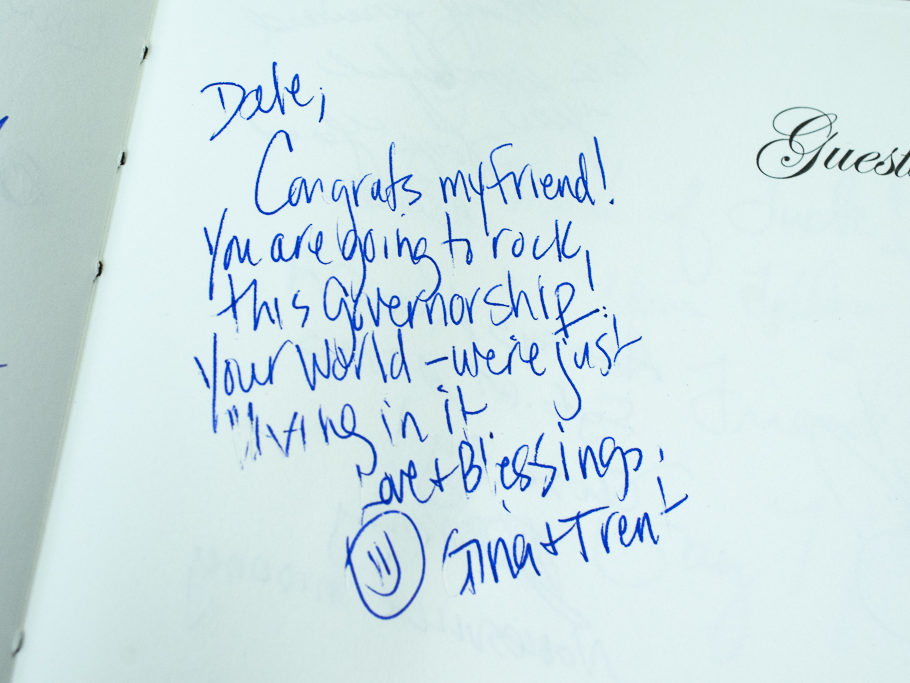