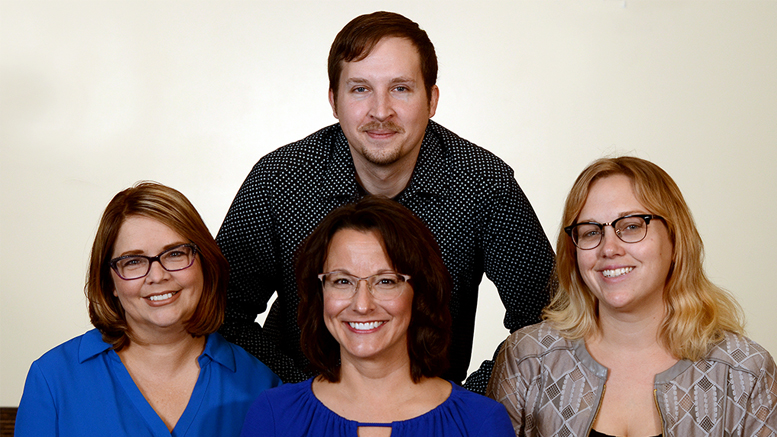 United Way was recognized for its focus on early childhood education to end generational poverty.

“We are honored to receive this award,” said Jenni Marsh, President and Chief Executive Officer of UWDC. Other winners Thursday included Ivy Tech Community College, awarded with the Community Impact Award. DIY/Group, Inc., who was the Spirit of Small Business Winner and the 8Twelve Coalition, cited for its excellence in public service.

Also Thursday, the Ball Brothers Foundation presented Leigh Edward the eighth Fisher Governance Award for her work with Muncie Civic Theater. This award goes to someone who demonstrates excellence as a board member.

United Way of Delaware County is laser focused this year and tackling generational poverty by working to ensure all the county’s third graders are up to standard reading levels by 2024. Nationally, over 240 communities are working on Grade Level Reading. Twice, Delaware County has been recognized for by the network. In 2016, the community was named a Pacesetter for its work on kindergarten readiness and for being one of only 15 communities to show significant progress in reading improvement. In 2018, Delaware County was named a “Bright Spot” in the network for its best practice of pairing high-ability high school students from the Indiana Academy for Sciences, Mathematics, and Humanities with struggling readers at South View and Grissom Elementary Schools.

United Way supports 28 programs run by 26 non-profits throughout the county that have a tie to the central goal of ending generational poverty.

It’s that generational problem that United Way has taken careful aim at through its support of early childhood education, specifically programs that increase third-grade level reading attainment, a key benchmark for success later in life.

A Voices (Re) United concert in downtown Muncie kicked off the 2018 United Way campaign and its $1.43 million goal. Over 2,000 gathered on North Walnut Street to usher in the new year of giving. Musicians picked up where they left off in 2007, which was the last time Cook and Belle, Jennie DeVoe, Keith O’Neal, and Jennifer Stanley performed together for a cause they all believe in – helping battle generational poverty by supporting United Way’s focused plan to have all third-graders reading at grade level by 2024.

In addition, a recharged Loaned Executives Program has about a 20 mid-career executives and community leaders making one-on-one calls to businesses and institutions throughout town talking about the cause and the mission behind this year’s campaign.

“We’re leaving no stone unturned,” Marsh said. “We’re seeing a resurgence of giving in our community. There are new, younger philanthropists who see this as their time to make a difference. And the truth is, they’re making a difference for thousands of Delaware County residents every single day.”