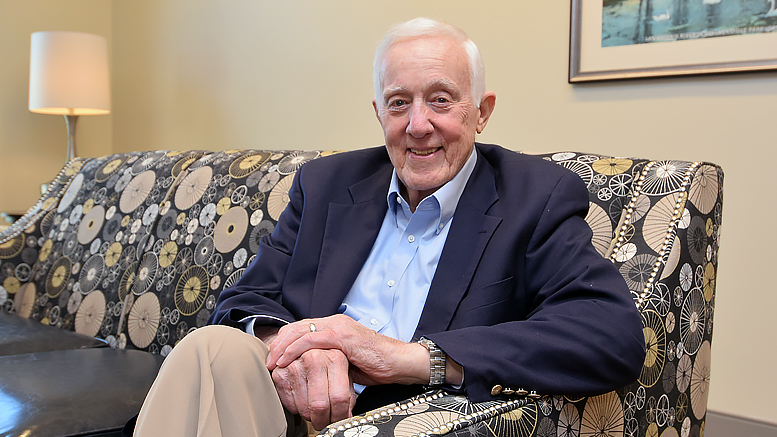 Steve Bell is pictured during a Muncie Journal interview in 2017. Photo by: Mike Rhodes

By: Ball State Marketing and Communications—

Muncie, Indiana – Ball State University and the Muncie community is mourning the passing of Steve Bell, a veteran national broadcast journalist and a longtime telecommunications professor.

Bell, 83, who taught at Ball State from 1992 to 2007, died Friday. During his long and storied career in journalism for ABC News, he was on the front lines of several major historical events, including the Vietnam War, the Watergate scandal of the early 1970s, and the assassination in 1968 of U.S. Sen. Robert Kennedy.

After leaving journalism, he came to Ball State as the first Edmund F. and Virginia B. Ball Endowed Chair in Telecommunications in the College of Communication, Information, and Media. (CCIM). He later taught in the Department of Telecommunications until his retirement.

Ball State President Geoffrey S. Mearns said the presence of the legendary journalist helped to raise the stature of the University’s telecommunications programs.

“Steve Bell brought real-world knowledge about journalism to the classroom and our production facilities, sharing his keen storytelling skills with our students,” President Mearns said. “We are very proud that he was able to serve Ball State as an outstanding and committed member of our campus community. 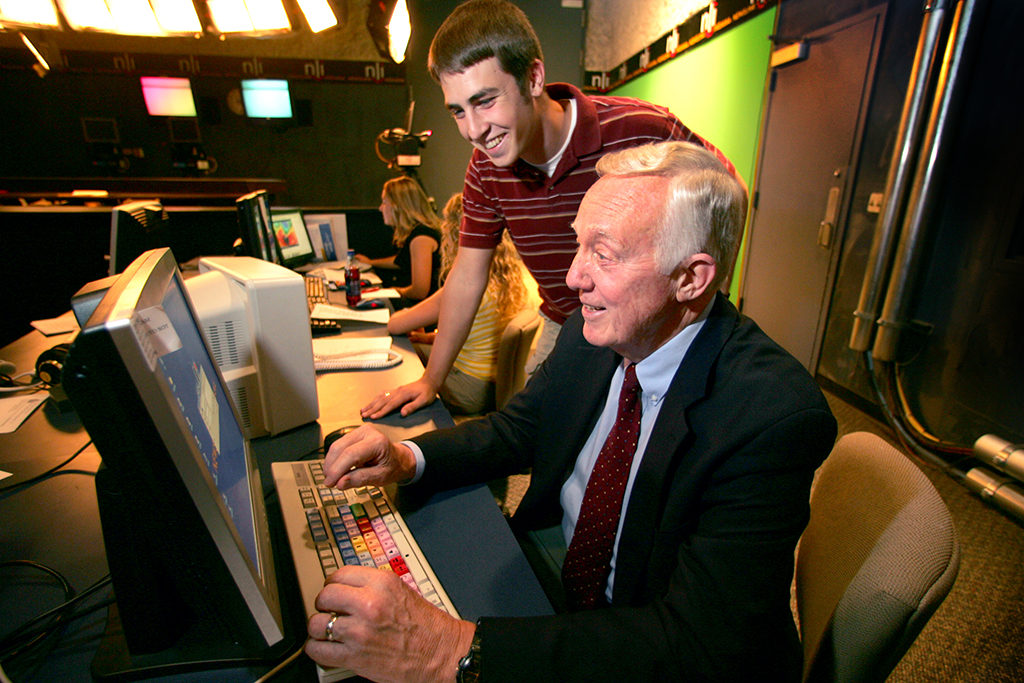 “Every student who spent time in Steve’s classes left as a better journalist and the University is in a better place because of his contributions,” he said. “As Jennifer and I mourn his passing, we ask that you keep Steve’s family and friends in your thoughts and prayers.”

After graduating from the Medill School of Journalism at Northwestern University, Bell worked at WOW-TV in Omaha, Nebraska, and WNEW radio in New York City before joining in ABC Radio News in 1967. Over the next two decades, he reported from the war zone in Southeast Asia, and later was Hong Kong bureau chief.  When he returned to the United States, he was news anchor for ABC’s successful morning show, “Good Morning America.”

Bell retired from ABC in 1986, moving to Philadelphia, Pennsylvania to co-anchor evening newscasts for KYW-TV. While there, he also anchored short-form news updates for the USA Network. In 1992, he began his teaching career at Ball State. He also was known for his philanthropic support and generosity to the University.

“The offer to be the first Ball Endowed Chair in Telecommunications, and to teach broadcast news, was perfect. From the very moment I arrived, I was so impressed with Ball State,” Bell said during an interview with Ball State’s magazine in 2015.

In 1996, he returned to Vietnam with a Ball State group and produced, directed, and narrated the documentary, “Vietnam: Revolution to Evolution.” It was aired on WIPB-TV and was syndicated to other PBS stations.

“Those who had the honor of working with Steve will remember him as a kind and thoughtful man who always could regale everyone with amazing stories of his career,” said CCIM Dean Paaige Turner. “He made tremendous contributions to our department and our college. We were honored to have him as a colleague and department leader. “

Bell is survived by wife Joyce, and daughters Allison and Hillary. His family noted that that a couple of important highlights of his life included working at Ball State and interacting with disabled veterans during his broadcasting career.

Editor’s Note: In 1996, Steve Bell narrated the documentary, “Journey to the Arctic.” The program documented Ed and Virginia Ball’s excursion to the North pole. It was one of the first collaborative projects Ed Ball and Steve Bell created together. You may listen to the audio portion of that program below.” Audio courtesy of Mike Rhodes.