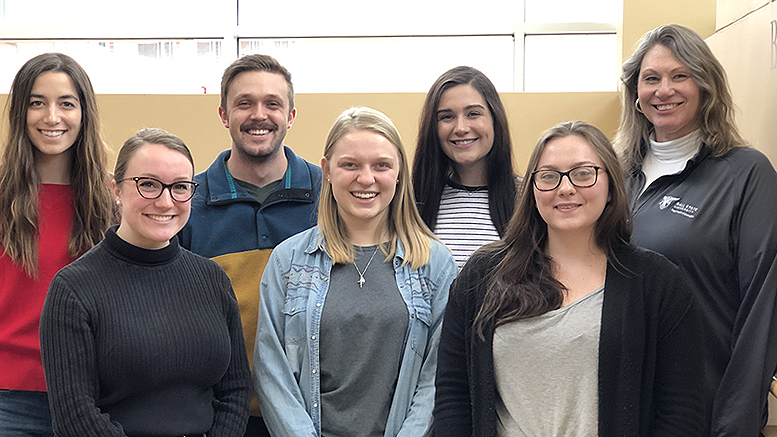 Muncie, IN– Thank a Journalist Day, a nationwide campaign initiated by a team of Ball State University advertising and public relations students, will recognize the work that journalists do to empower their communities around the world.

Gov. Eric Holcomb has proclaimed March 13 as Thank a Journalist Day, in conjunction with Sunshine Week, a national, non-partisan initiative held annually to focus on the importance of open government, the public’s right to know on local, state and national levels, and the First Amendment.

Thank a Journalist Day acknowledges the role journalists play in keeping communities informed and safe. On March 13, everyone can participate and to thank a journalist on their social media outlets including Facebook and Twitter using the hashtag #thankajournalist. The Ball State team will also tap specific supporters across a global network to thank a journalist.

“At a time when fake news, misinformation and attacks on the First Amendment take place so frequently, this class saw a need to thank journalists,” Kelli Reutman said. “Most journalists work on a hyper local level keeping politicians honest, writing about the local influencers and being a voice for those who can’t or won’t speak up for themselves.”

The project is part of an advertising campaigns class, under the leadership of Professor Michelle O’Malley, lecturer at the Department of Journalism at Ball State University. It is designed to raise awareness about the role journalists play in telling the story of community across the country. The One For All initiative at Middle Tennessee State University and Freedom Forum Institute in Washington, D.C. are national sponsors and helping spread the word.

“We have thanked firefighters, police officers and teachers who are all vital to the community,” said O’Malley. “However, we might never know about where the fire was, or who was burglarized, or won the ball game or received all A’s, if it weren’t for journalists. Journalists are an important part of every community’s fabric and today is a good day to thank them for doing this very important job.”

More than 100,000 media outlets across the United States provide communities with news that supports everyday life. It’s time to thank them for providing us with the truth, and protecting free speech and democracy, said O’Malley.

In addition, the College of Communication, Information and Media is hosting WTHR Channel 13 investigative journalist and Ball State alumna Sandra Chapman to lead a discussion about a multi-year investigation into childhood cancer occurrences in Johnson County. Chapman’s reporting required access to public records and highlights the importance of Indiana’s Open Records Act and federal Freedom of Information laws. Her work drew the attention of lawmakers and advocates, and drove the U.S. Senate to direct $1 million to fund further an investigation of the claims. The event at is 7 p.m. March 12 at the Alumni Center and is free and open to the public.