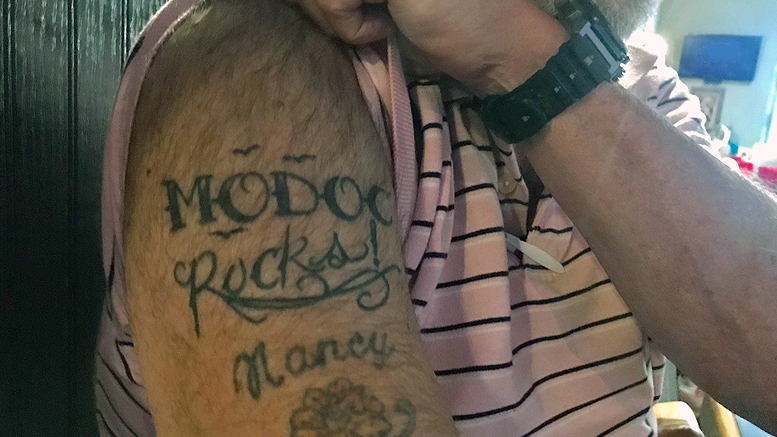 Nancy and I had our first joyful taste of being band parents back when our son Johnny, wearing a Santa hat, was chosen to play Yorktown Middle School’s drum kit for the Christmas assembly as a sixth-grader. We continued our parentally supportive roles when he played in the drum line and jazz band at Yorktown High School.

Our support continued those same years when, age fifteen in his first professional bar gig, he provided the lewd, pounding rhythms for guys two and three times his age in the oldies band Fast Billy and the Wannabes.

We’re still band parents. I was reminded of this a couple weeks ago on the night before the Indianapolis 500, when Johnny and his bandmates played in Indy’s busy Fountain Square in a very cool club called the Hi-Fi.

Their band is called Modoc. The members include guitarist and lead vocalist Clint Culberson, lead guitarist Kyle Addison, bassist/guitarist Caleb Crockett, bassist/guitarist Dylan Rowe, and the aforementioned drummer, Johnny Carlson. Formed thirteen years ago at Ball State University, they moved en masse to Nashville, Tenn., where they spent ten years working non-musical jobs on the side while trying to make it in Music City. 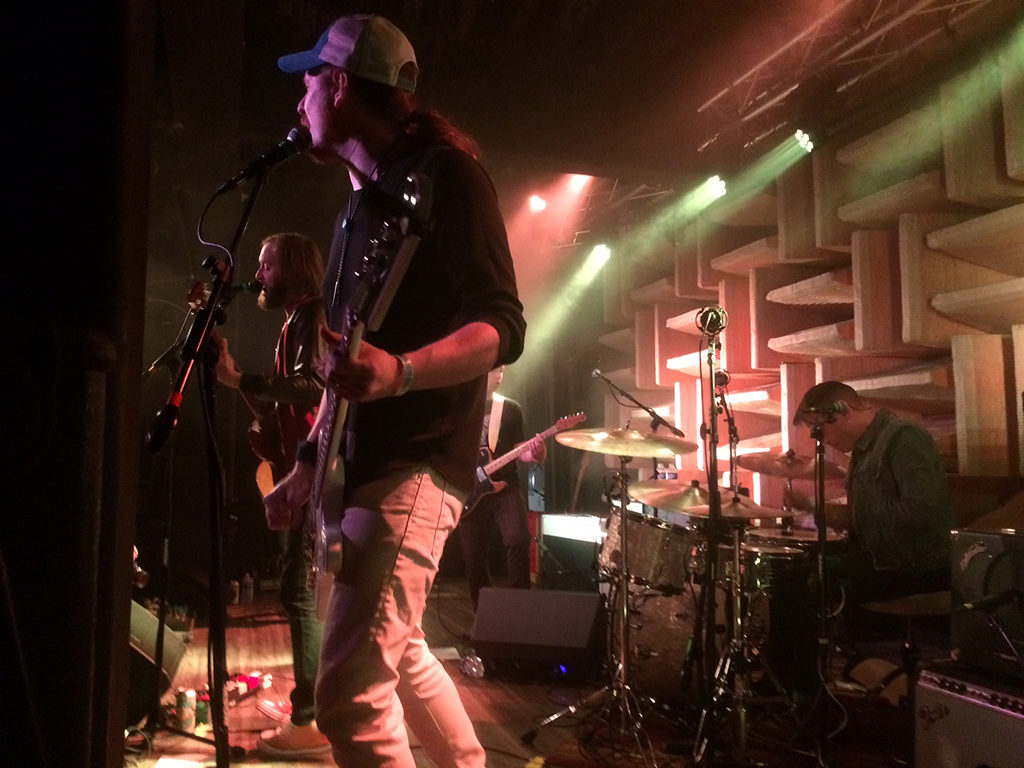 They did darned well, too. They recorded a number of professionally engineered albums, one in a studio where U2 previously recorded, and two of which are on Apple Music. They made it onto a billboard at least once. They gigged from New York City to Texas and Minneapolis to the Deep South. They played a load of festivals, including several stints at South-by-Southwest out in Austin. They sold a couple of their songs, which we’d hear playing in the background, to network television shows that went belly-up way too fast, though probably for good reason. Once they were even ESPN’s national band of the month, adding some musical punch to the sports network’s coverage.

Plus among the classic band-on-the-road stories they accumulated, they once got busted by casino cops for collecting discarded payout slips from the floor, hoping to cash in the few cents on each until they could afford to buy themselves a pizza.

And they loved it.

The thing is, with dreams and bands, the stuff of life keeps intruding. Four of the guys got married. With some help from their wives, two of them began making babies. Long-term career concerns began to be worrisome. A couple years ago they pretty much called it quits, two members staying in Nashville, the others relocating to Indy and Chicago.

Still, every once in a great while they’ll get together to record a song, or even play a gig if it sounds like fun. This was why Nancy and I, plus our daughter Katie, daughter-in-law Stephanie and my old newspaper friend Mary Hardin, were among the folks at the Fountain Square show.

It was gratifying to hear that, in terms of his drumming chops, working in IT hadn’t cost my son a thing, and ditto for the rest of the guys. They sounded like they played together every week, and absolutely  rocked the joint, which tickled the heck out of Nancy and me.

The only disconcerting thing was our reaction to it. Thirteen years ago at one of their shows, Nancy and I would have stood at opposite ends of the dance floor under wildly flashing lights, eying each other as the music burst forth. Then I would have whipped off my jacket, tossed it away and shot my right hip way the heck out, like I’d dislocated it or something. Finally we would have begun seductively boogieing our way toward a meeting in the middle of the dance floor, as other awestruck dancers respectfully parted ways to make room for us.

But thirteen years ago we would have been rhythmically moving in some way, shape or form. Even the last time we’d heard Modoc perform, which we figured was shortly before they sort of parted ways, we were head-bobbing, hand-slapping and toe-tapping.

But this time, Nancy and I were pretty happy just to sit there and sip, water for her and grapefruit juice, albeit with a bunch of vodka poured in it, for me. Every now and then, I’d even have to push myself back in my chair using my cane. This is the coolest cane in the world, I might add, carved with the words “I wanna go faster, Johnny” on it, having been specially made for me by my dear friend and Hoosier singing icon, Jennie DeVoe. Still, I had never anticipated using my cane at a Modoc show.

But this night after the music ended, Nancy, who turns 70 in September, told me, “You know, I loved it, but I felt older tonight.”

And I, who’ll be a strapping youngster of 69 in September, admitted to her, “Yeah, I felt older, too.”

But that’s OK. Another band parent, Kyle’s dad Daryl Addison, showed up, as did Kyle’s wife, Mandy. So did Clint’s wife, Casey, and Caleb’s folks plus his wife, Susan. And while the wives danced with the best of them, we older folks mostly stayed on the sidelines, trying to keep out of the way.

Guess I’ll get used to that, though. As long as that “Modoc Rocks” tattoo is inked into my right arm, it’s safe to say Nancy and I will remain band parents, and proud ones at that.