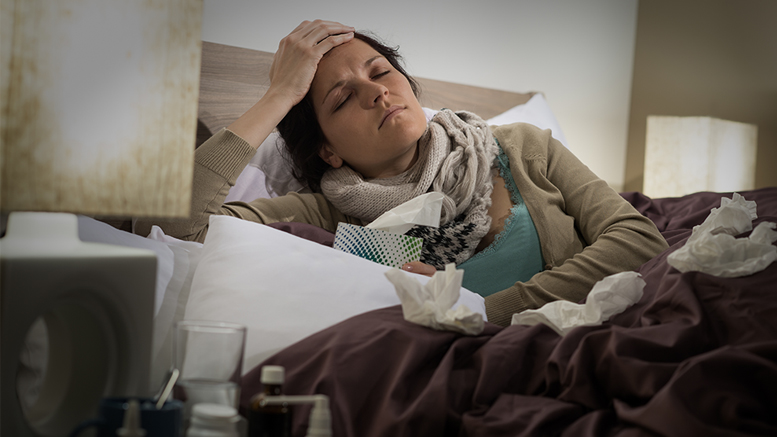 As you well know, getting the flu makes you miserable and you don't want to get it. Photo by: Storyblocks

Muncie, IN—Nearly everyone who wants a job has one, but with the flu season upon us, many workers are getting sick. A Ball State University researcher says that businesses should take precautions in advance of the annual flu season to keep sick workers home and reduce infection rates that send people to physicians in droves.

“The Effects of Employment on Influenza Rates” found that a 1 percentage point increase in the employment rate correlates with increases in the number of influenza-related doctor visits by about 16 percent. These effects are highly pronounced in the retail sector and health care sectors — industries with the highest levels of interpersonal contact.

Erik Nesson, an Associate Professor of Economics at Ball State, said labor market-based activities, such as using public transportation and carpools, working in offices, putting children in daycare, and having frequent contact with the public, might help spread the flu.

“Employers should consider differences in the lost productivity from many employees becoming infected with influenza versus the lost productivity from a few infected individuals taking sick leave,” Nesson said. “Workers concerned about missing pay or losing their jobs as the result of staying home from work due to illness will be less likely to heed early signs of influenza infection and stay home.

“Since a person may be infectious while experiencing mild symptoms, this greatly increases the probability that the virus will spread to other workers in the firm. This implies that firms should consider more generous sick day policies, particularly during the flu season.”

Nesson points out that employment conditions can be forecast, to a fairly accurate degree, several months in advance.

“Our results imply that employment in service industries — particularly retail and health care — is a particularly strong mechanism for flu spread. If our economy continues to shift to more service-oriented employment, the results presented here suggest there is greater potential for flu spread in the future.”

Founded in 1918 and located in Muncie, Ball State is one of Indiana’s signature universities and an economic driver for the state. Ball State’s nearly 22,000 students come from all over Indiana, the nation, and the world, and its 780-acre campus is large enough to accommodate premier facilities and 19 NCAA Division I sports but small enough to ensure the friendliness, personal attention, and access that are the hallmarks of the University.