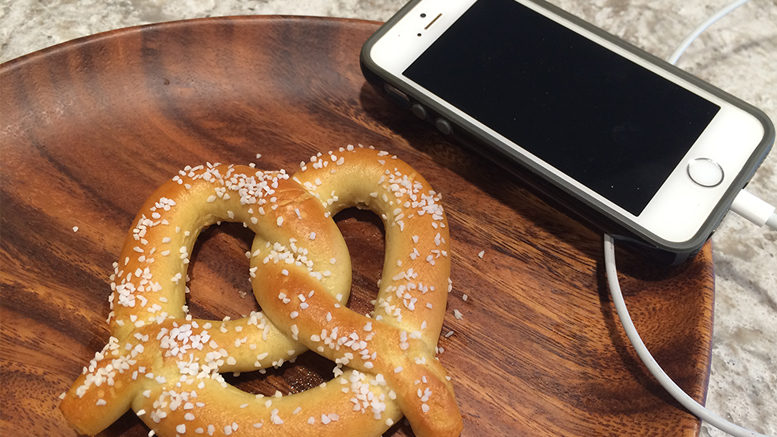 You might not be, but I’ve been worried sick since seeing a recent TV news report that detailed how easily nefarious forces of technical mayhem can track us via our smartphones.

I’m terrified they’ll figure out what a dweeb I am.

After all, as a kid, dweebery was NOT a goal of mine. I grew up watching action-packed television shows featuring cool guys like “Superman,” “Sky King” and “The Man From U.N.C.L.E.” Naturally, these shows left me savoring the fact my own adulthood could be equally exciting, rife with spies, superheroes and flying cool airplanes like Cessna 310s and T-50 Bamboo Bombers.

And that was fine with me, since those shows also taught me no matter how badly I bumbled, I wouldn’t be seriously injured! I mean, short of kryptonite, nothing could harm Superman. Meanwhile, Sky King never lost an engine on takeoff and ended up rolling the Songbird into a smoking heap of twisted scrap.

Even more to the point, when it came to killing people, U.N.C.L.E.’s Napoleon Solo and sidekick Ilya Kuryakin had things well in hand.  Sure, they’d occasionally get the living crap kicked out of them by merciless interrogators. But in the end, it was always the bad guys who kept biting the dust. And face it, nobody had it coming more than those godless minions of the Soviet criminal cabal known as the dreaded S.M.U.R.F.S.

Sorry. Smurfs were those little blue dudes who wore hats that looked like they were made from their underpants. I meant S.M.E.R.S.H., which actually was a precursor of U.N.C.L.E.’s fictional nemesis T.H.R.U.S.H., which I believe following the collapse of the Soviet Union was more aptly renamed S.M.O.O.S.H.E.D.

Basically, I ended up typing for a living.

With rare exception, the most daring thing I did was jaywalk.

Unbridled excitement meant finding thirteen donuts in a box when the cashier had only rung up a dozen.

Whoa! Be still my pounding heart!

It wasn’t just I who had fantasies of living a life of excitement and danger, either. I remember years ago out at the Muncie Mall watching Robert Redford in the espionage movie “Three Days of the Condor.”  It seemed like in half the scenes he’d be ducking into some New York City doorway, warily scanning the passing crowds for the enemy agents trying to kill him. All the while, he would be thoughtfully gnawing on a soft-baked pretzel.

Then he’d go roll around in bed with co-star Faye Dunaway.

Anyway, three minutes after leaving the theater I found myself warily scanning the passing shoppers in the mall, all the while thoughtfully gnawing on the soft-baked pretzel I had just bought at Auntie Anne’s pretzel shop.

No major pretzel fan at the time, I had never bought a soft pretzel in my whole life, so I found this post-movie compulsion rather confounding.

Even more confounding, though, while standing there chewing and scanning, I noticed about a dozen other suspicious-looking guys who had also just seen “Three Days of the Condor.” Now they were all warily scanning the passing shoppers, too, while thoughtfully gnawing on their own Auntie Anne’s soft pretzels.

Suddenly, the truth hit me.

We were ALL just a bunch of dweebs pretending to be Robert Redford looking out for enemy agents trying to kill us. The soft pretzels? They were props, our only means of lending credence to our little charade, since I seriously doubted any of us had Faye Dunaway waiting to roll around under the sheets back at our cruddy apartments. That was the day I resigned myself to being a dweeb for the rest of my life.

So say one of these days some nefarious force of technical mayhem locks onto my smartphone and begins probing my life for all its titillating secrets.

What will they discover?

That I hang out at beer joints? OK, yeah, I do.

That after I meet Saturday mornings for breakfast with some fellow aviation nuts, Nancy always asks what I ate and I always answer, “Two eggs,” failing to mention the hash browns, sausages and pancakes?

Then there are my mysterious nighttime perambulations.

“Zis subject seems to be actively on zee go all night long!” the S.M.O.O.S.H.E.D techno-spy tracking my every move via smartphone will alert his supervisor. “Ve haf to keep an eye on zis one! Vat could zis exciting guy possibly be do-ink, comrade?”

What am I do-ink, er, doing? I’ll tell ya what I’m doing, comrade. At my age, I’m peeing for the sixth time that night.  Glad to enlighten you about my cool life, dude!

So, hey, if any nefarious forces of technical mayhem out there are reading this, you might want to rethink probing what my smartphone says about my private life and go find a real job.

We dweebs are boring as heck, after all, and there are a lot more of us than you think.