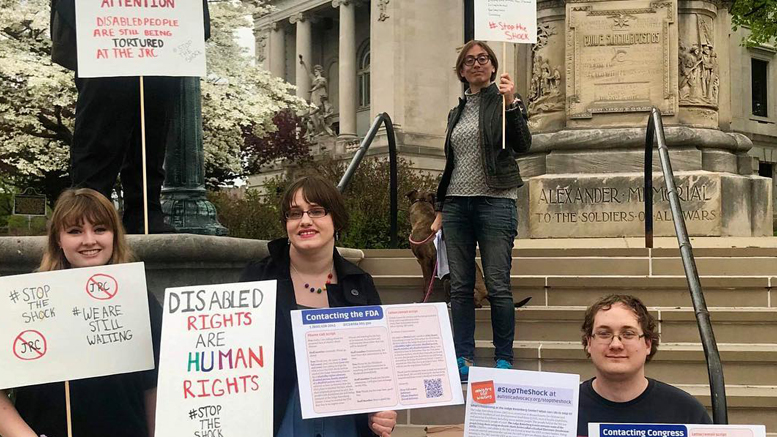 The Muncie vigil will be held on March 1 at 6 p.m. Kennedy Library at 1700 W. McGalliared Road. The vigil is free and open to the public. Photo provided

Muncie, IN— In memory of Adam Schneider and Skylea Carmack, The Hoosier Alliance for Neurodiversity and disability rights advocates in East Central Indiana will be holding a ‘Day of Mourning’ vigil in Muncie on Sunday, March 1 at 6 p.m. to honor the lives of disabled people murdered by family members and caretakers.

Adam was a 39-year-old man with cerebral palsy from Richmond. After his mother died, Adam moved in with his brother. His brother neglected him and he was brought to the hospital last August with severe bed sores and malnutrition, and died from the effects of starvation two days later.

Skylea was a 10-year old autistic girl from Gas City. Last September her stepmother strangled her, then reported her missing, saying she had vanished from their home. Police issued a Silver Alert, announcing that Skylea had a history of running away to her mother’s home and might have an autism awareness blanket with her. Skylea’s body was found behind her home several days later. Silver Alerts are often issued for the elderly, but also for children with developmental disabilities.

The Autistic Self Advocacy Network (ASAN), which tracks these cases, has compiled a list of over 1,300 reported murders of people with disabilities by relatives or caregivers over the last 39 years. The ASAN reports that the total number of these murders is likely higher than the amount reported in the news media. ASAN also feels the problem is made worse by irresponsible news coverage which presents these murders as the sympathetic acts of loving and desperate parents, by a justice system which often gives a lighter sentence to a parent who kills a disabled child, and by the dangerous cultural prejudice that says a disabled life is not worth living.

ASAN held the first Day of Mourning in 2012 as a response to the murder of George Hodgins, a 22-year-old autistic man from California, by his mother. ASAN has continued to organize the event each year, partnering with other national disability rights groups including Not Dead Yet, the National Council on Independent Living, the Disability Rights Education & Defense Fund, ADAPT, and the American Association of People with Disabilities. Day of Mourning is a national event, with 30-40 participating cities each year.

Little public attention is paid to the disabled victims of these violent acts. Media coverage and public discourse about such killings frequently justifies them as “understandable” and sometimes “merciful,” rather than appropriately condemning these crimes and those who commit them. The national Day of Mourning is a time for the disability community to commemorate the many lives cut short. By honoring disabled victims of murder and celebrating the lives that they lived, these vigils send a message that disability is not a justification for violence.

The Muncie vigil will be held on March 1 at 6 p.m. Kennedy Library at 1700 W. McGalliared Road. The vigil is free and open to the public.