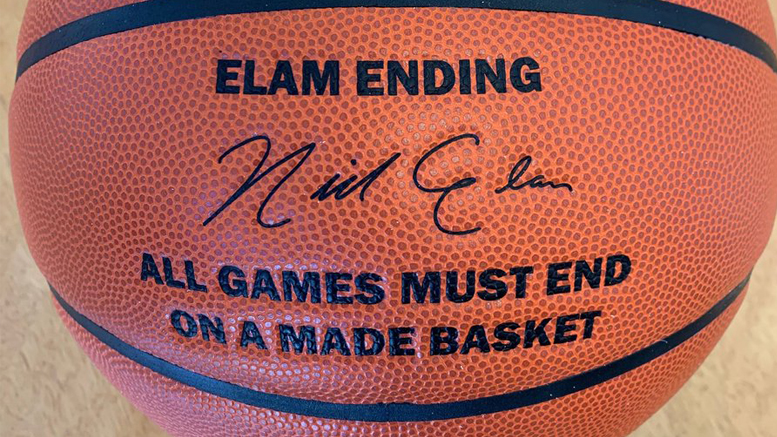 Muncie, IN – The NBA’s All-Star Game will have a new twist when a new scoring system  created by and named after Ball State University professor Nick Elam becomes part of the nationally-broadcast contest on February 16.

The league unveiled its adoption of the Elam Ending last week to its All-Star format as part of its efforts to honor the Kobe Bryant, the 18-time All-Star  who recently perished in a helicopter accident.

The Elam Ending is a response to the fact that the last few minutes of a basketball game so often deteriorates into an unnatural, predictable, drawn-out, choppy, and sloppy style of play. Elam envisioned another way involving turning the clock off and playing to a target score.

According to an NBA press release, the All-Star teams “At the beginning of the fourth quarter, the game clock will be turned off and a Final Target Score will be set.

The shot clock remains in play, but the idea is to eliminate the need for late-game fouling and stalling, to improve the overall quality and competitiveness of late-game play, to provide greater hope for a late comeback, and to provide a more memorable game-ending moment.

Elam believes the new format should bring new life to the NBA All-Star contest, and he was excited to see another milestone in the growth of the Elam Ending with its implementation in the 2020 All-Star Game, which he will attend in-person at the invitation of the NBA. 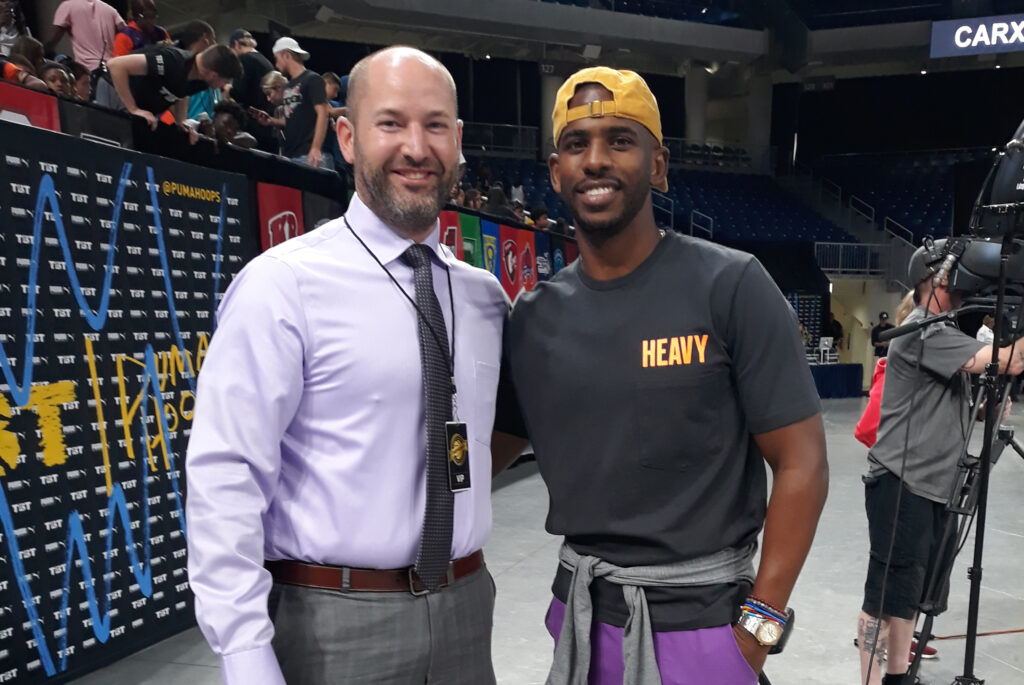 Before joining Ball State’s faculty in 2017, Elam was an administrator and math teacher for several Ohio schools. He joined the faculty at Ball State in 2017.  Elam’s research focuses on teacher evaluation systems.

Elam’s alternative scoring process first got attention in 2007, when the professor wrote the book, “Time’s Up for Basketball’s Game Clock, “detailing various versions of what would eventually be known as the Elam Ending.

His book received positive feedback from TV basketball analyst Dan Bonner and sportscaster Jim Nantz, NCAA conference commissioners, and others. “But I knew I still had a lot of work ahead of me to see this vision become a reality,” Elam said. “

He said it took another 10 years of reaching out about this hybrid duration format to stakeholders in the basketball world, before the leadership of The Basketball Tournament (TBT) took a chance on the concept, implementing a version of the format in 2017.

Based on the success of the Elam Ending in TBT, grassroots-level leagues and events in at least 15 states and at least one other country (Egypt) have implemented the format, and Elam has had opportunities to share his research and ideas at national and international conferences, including the MIT Sloan Sports Analytics Conference.

The Elam Ending has generated discussion across the media spectrum, including top sports TV and radio outlets as well as podcasts. Many other prominent sports journalists have written about the Elam Ending, including The Athletic’s Joe Posnanski, Yahoo! Sports’ Jeff Eisenberg and Jeff Passan, the Philadelphia Inquirer’s Mike Jensen and ESPN’s Joe Lunardi.

In October 2019, Centric recognized the Elam Ending with an Indiana Innovation Award, and in an article about the Elam Ending in the December 2019 issue of The Basketball Times, author Ron Morris closed by predicting that, 25 years from now, Elam will be inducted into the Naismith Memorial Basketball Hall of Fame.

For more information about the Department of Educational Leadership, click here.

Founded in 1918 and located in Muncie, Ball State University is one of Indiana’s premier universities and an economic driver for the state. Ball State’s 22,500 students come from all over Indiana, the nation, and the world. The 790-acre campus is large enough to accommodate first-rate facilities and 19 NCAA Division I sports, but our welcoming and inclusive campus is small enough to ensure the friendliness, personal attention, and access that are the hallmarks of the University. Destination 2040: Our Flight Path establishes Ball State’s ambitious goals for our second century. We Fly!