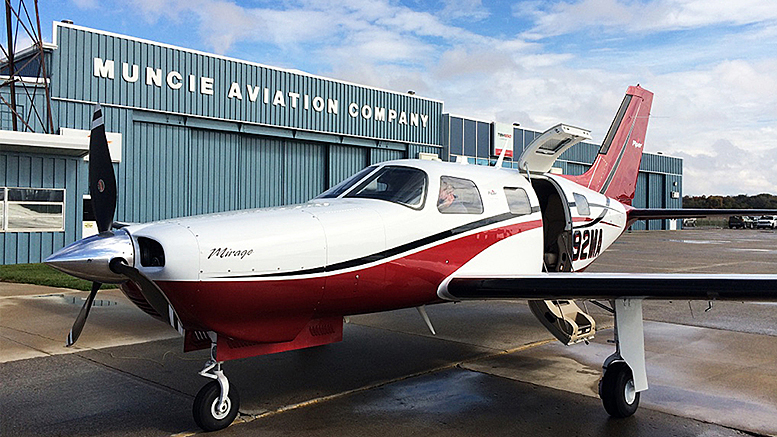 Muncie, IN– Muncie Aviation Company (MAC) announced today the acquisition of Des Moines Flying Service (DMFS), a step that merges two of the longest-standing Business and General Aviation sales and service centers in the world.

The transaction was completed on January 1st, 2021. BCC Advisers of Des Moines assisted with this transaction.

Established in 1939 by Howard Gregory, DMFS has evolved into one of the largest general aviation sales and service outlets worldwide. DMFS is an Authorized HondaJet Dealer, and notably has been an Authorized Piper Aircraft Dealer for over 75 years. Collectively DMFS has sold and supported thousands of new and used aircraft to customers all around the globe.

As the longest-ranking Piper dealer in the world, Muncie Aviation Company will be further bolstering its sales and service capabilities with the acquisition of Des Moines Flying Service. The two working as one will solidify their legacies for years to come.

Muncie Aviation leadership will fill the executive DMFS roles, with Steve Thompson acting as President and Martin Ingram as Chairman.

“We would like to thank Don Jay and John Lowe of Des Moine Flying Services for making this win-win acquisition possible. We look forward to taking our common values and business drives and expanding on DMFS’s already considerable abilities,” said Steve Thompson. “The DMFS team has much to be proud of, and my teammates and I look forward to working with them as partners.”

Founded in 1932 by the Ball Brothers, Muncie Aviation has earned an industry-wide reputation as a leader in aircraft sales, service and avionics maintenance and upgrades. After 73 years of ownership, the Ball family sold the company to the employees in 2004, and the company became, and remains today, an ESOP (Employee Stock Ownership Plan).