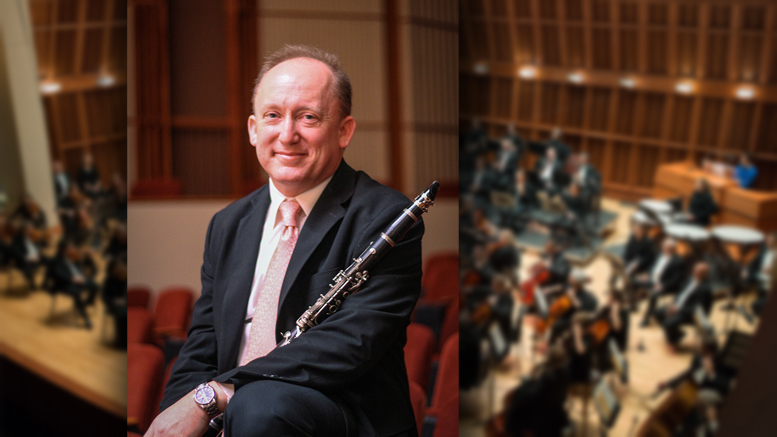 Muncie, IN — Music has the power to unify, said Scott Watkins. As the new executive director of the Muncie Symphony Orchestra, Watkins plans to do just that: bring the community together through music.

“There’s something about the beauty and the truth in music—when it comes together, it creates something very powerful,” Watkins said. “Music has the power to unify, it really does. It goes straight to the heart; people feel it, and they’re a part of it. When people listen to music, they don’t look at skin color or demographic background; they are looking at how they feel in the moment with other people around them—they are together for it. I want to use music to unify our community.”

Watkins joined the MSO just last month, and, though new to the area, he already has a vision for how MSO can impact East Central Indiana.

“There’s an opportunity to reach out to our region,” he said. “Some of the orchestras in the pandemic have really suffered, and they haven’t been able to meet their community’s needs. I think we can help fill those needs and help them have access to music and the arts and everything that comes with it.”

Watkins’s innate ability to transform orchestras and their communities was one of the qualities that made him stand outduring the MSO’s nation-wide search for a new executive director.

“Scott has an impressive track record of development and strategic growth initiatives that has resulted in audience and revenue growth in orchestras in Kentucky, Arkansas and Texas,” Scott Jordan, the MSO board president, wrote in a letter to musicians announcing Watkins’s addition to the organization. “Scott shares our vision of regional growth and community outreach and is excited to lead the MSO team in building on the strong legacy of the MSO.”

At his last position with Orchestra Kentucky, Watkins helped to bring the organization from a $180,000 deficit to over a $100,000 surplus in a few years.

In El Dorado, Arkansas, he played an instrumental role in branding the city as a music festival destination. The initiative, which earned him the key to the city, came as a result of the orchestra, arts center and Main Street working together and putting on “incredible shows that nobody had ever seen before,” opening the community’s minds to new opportunities. Because of these efforts, the community donated $80 million to build new facilities that now host top-tier talent, leading to positive economic impact community-wide. Music and art, Watkins said, can be a key driver in economic growth.

“When people come to a city to work, they don’t just go there to work. They want to play too,” he said. “Every big, important city has art in it. That’s what gives life meaning and depth, is the art. It’s an expression that people can share in, and that makes life meaningful for people.”

Watkins hopes to position the MSO as a more vibrant part of the community, especially as the city looks to grow strategically and economically.

“I think the city right now is in a really good position,” he said. “There’s some opportunity to build the city up and make it more of a draw for people to come here and spend their money.”

So, what else can Muncie expect with Watkins leading the MSO? One of his primary initiatives will be working closely with James Thompson, the MSO’s education coordinator, to enhance arts education in schools across East Central Indiana.

“I want to make it a point to take the artists in the schools. There’s nothing better than seeing the kids’ eyes light up when they watch a performance,” Watkins said. “It opens their eyes to new possibilities—not just in music, but in anything. They realize, ‘I can achieve that,’ and it gives them hope. I want to give kids hope. I want to give our community hope.”

Additionally, the MSO will connect local schools with Carnegie Hall’s LinkUp program, which provides free music books and resources to schools across the nation. After students study and practice the music during the school year, they will get to perform in a culminating concert with the MSO.

Another initiative Watkins will be implementing is an adjustment to the MSO’s programming, including shortened classical masterworks “to match our social media-engrained minds.” He is also planning on offering more “pops” concerts, which feature popular music from artists like The Beatles and Billy Joel, to appeal to younger audiences.

Audiences can get their first taste of the refreshed MSO this summer.

The orchestra’s 2021 season kicks off with a subscribers-only classical concert on May 22, free to subscribers, or “season ticket holders,” who subscribe to the 2021–22 season. An MSO subscription includes tickets and reserved seats to seven concerts for the price of four; to learn more and subscribe, call 765-285-5531. Immediately preceding the May 22 show, the MSO will host a press conference to announce details of the season and to introduce Watkins and Matthew Kraemer, the MSO’s conductor.

The MSO also offers several free community concerts throughout the year. This year, the orchestra’s free public concerts include a Beatles concert in June, for which the MSO is partnering with a renowned Beatles cover band to play dozens of The Beatles’ top hits, and a patriotic concert with fireworks at Yorktown’s Fourth of July celebration.

Watkins said he looks forward to working other organizations in Muncie and East Central Indiana to share the power of music—a mission he has been working toward ever since he heard the Chicago Symphony perform “Brahms: Violin Concerto” when he was younger, a movement that brought him to tears.

Since then, he has wanted to help everyone see the beauty in music.

“When that happens, that’s when I know I’ve fulfilled my calling in life,” he said. To learn more aboutthe Muncie Symphony Orchestra, visit munciesymphony.org. 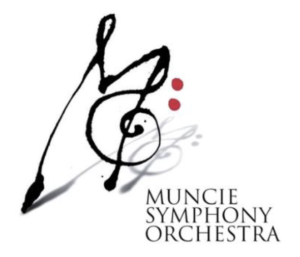 For more than 71 years, the Muncie Symphony Orchestra has worked to entertain, educate, and enrich quality of life in the East Central Indiana community through meaningful, professional musical experiences. The MSO is made up of professional and community musicians, hailing from Ball State University, East Central Indiana, Indianapolis, Fort Wayne, and Cincinnati. To learn more, visit munciesymphony.org