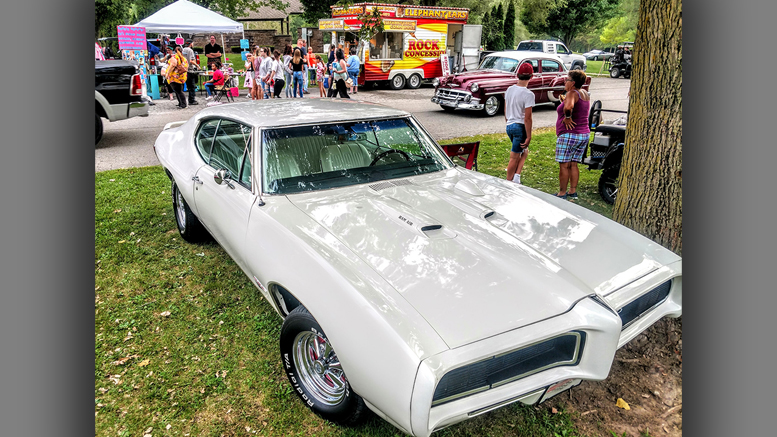 Muncie, IN—If you are a classic car aficionado, the place to be this weekend is going to be downtown Muncie. Or dwntwn Muncie, to be more accurate.

“I used to cruise Madison Street all the time when I was younger,” Watters said. “I’ve been to Somerset Kentucky ( population 11,196 according to the 2010 census) on weekends where they put on the Somernites Cruise during the summer. I thought it would be cool if we could do the same kind of thing in Muncie once a month.”

Now Watters is helping the Muncie Downtown Development partnership with another great event—a downtown car show to be held this Saturday, May 22nd.

According to a social media post, Watters said that “everything is going great and we are getting a really big response from everyone including some from different states that plan to travel for the show. The Courtyard Marriott is giving discounted rates for the show for $89.00 per night if you just tell them you are attending the downtown car show when making reservations.”

This first annual event will feature classic and hot rod cars lining downtown streets from Jackson to the roundabout and on Charles St from Mulberry to High. Car show registration is 11 a.m. – 5 p.m., with awards at 8 p.m. The cost to enter a pre-1980 classic car or traditional hot rod into the show is $10. Dash plaques distributed to the first 200 registered. Awards given for Top 25, Sponsor’s Choice, and Longest Distance. Show cars enter at Walnut and Adams Street.

According to Watters, registration is from 11:00am-5:00pm.
Dale Basham will sing the National Anthem at noon.
The 5 Speeds Band will play from 3:30-6:30pm
Cackle Cars will fire their engines at 12:30 and again throughout the day with the last fire up at 9:00pm
As of right now there are 25 merchandise vendors and a few more that are planning on coming.
There will be 4 food vendors and a kettle popcorn vendor.
So bring the family and enjoy a fun day in dwntwn, the original Muncie. 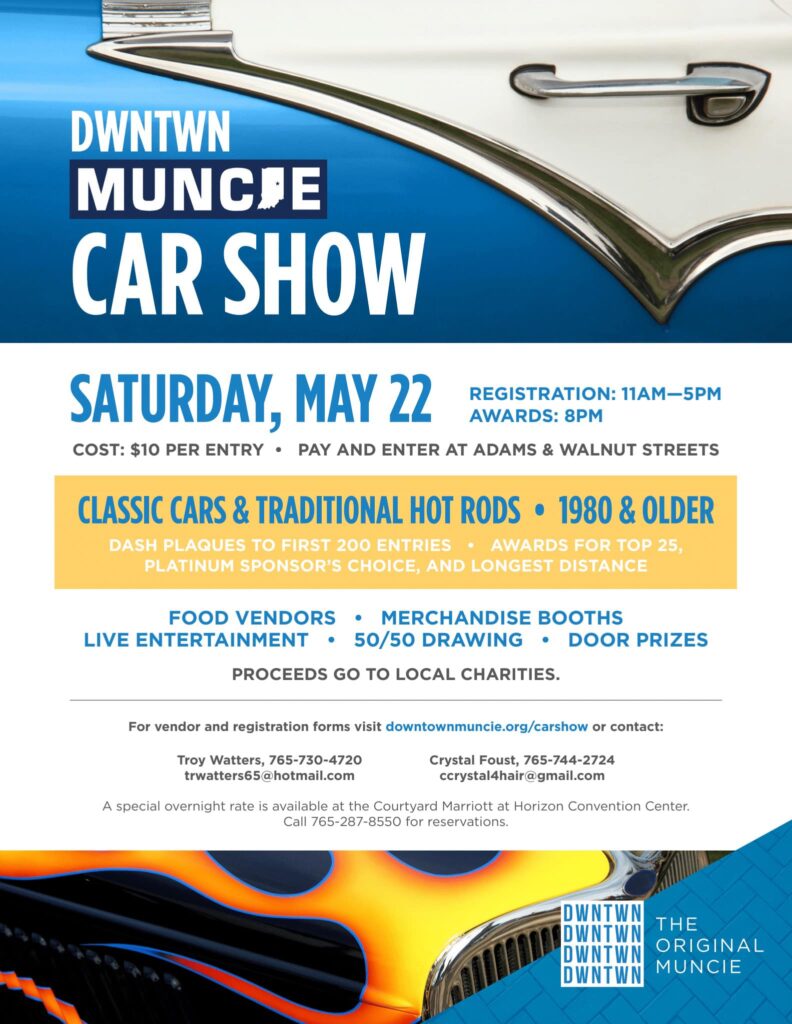