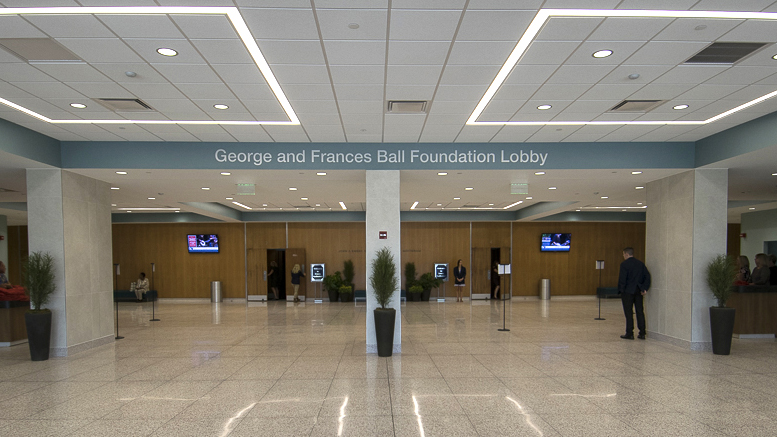 A view inside the George and Frances Ball Foundation lobby inside the newly remodeled Emens Auditorium. Photo by Mike Rhodes

Single event tickets go on sale Monday, August 16 10 a.m. at the Emens box office or online at Ticketmaster.com. Subscriptions are available now for the Artist Series. Receive priority ordering and seating by reserving an Artist Series subscription to 6 Broadway-based performances before the general public, plus qualify for discounts to many of our other sponsored events this season. For more information visit bsu.edu/emens or call 765-285-1539.

Interested in attending multiple events but don’t want to commit to the full Artist Series Subscription? Purchase the Pick 4+ Package and receive a package discount on a personalized selection of performances at both Emens Auditorium and Pruis Hall. Tickets must be purchased at the same time to qualify and will be available on Monday, August 16 at 10 a.m. at the Emens box office.

Join the conversation by tagging #ExperienceEmens or @EmensAuditorium on social media.