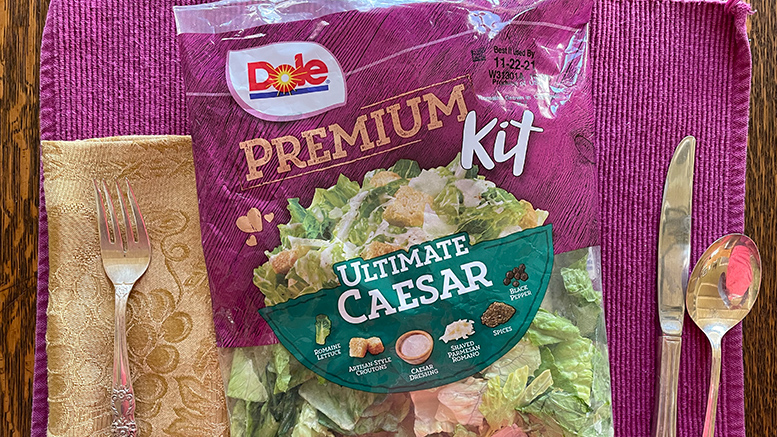 It started with a single stink bug. I’m referring, of course, to the stark realization of my temporary bachelorhood.

Within a minute of our encounter, I had christened my new little buddy Stinky. In my heightened state of loneliness, apathy and depression, sitting there at my desk as Stinky made his perilous way across the windowpane before me, I somehow took comfort in his presence as another living being marooned in an uncaring universe.

Then the truth slowly began to gnaw at me. I was reaching out for comfort, companionship and understanding …

To a stink bug.

This is the kind of crap I go through whenever Nancy leaves me, as she recently did to spend a week in Portland, OR, sorting through boxes of her family’s history. She was with her sisters, Bev, Margi, Marti and Nancy, the last of whom is technically her sister-in-law, the widow of her late brother, Bruce, but a Briggs girl nonetheless.

As usual, I spent those first few giddy hours after Nancy’s departure barely able to contain my glee. Oh, the wonderful things I would do in the coming days! By that I meant eating one of Roots Burger Bar’s Triple Sloppy Jalopies, some Twin Archer’s deep-fried pickles, multiple gyros from Victor’s, plus tacos washed down with frozen margaritas from Casa del Sol and Puerto Vallarta. And in some grocery store somewhere, I knew, there was a Wick’s Sugar Cream Pie with my name on it.

The prospects were endless!

But by sundown, as always, I sat alone in my darkened living room, staring morosely at the ghostly remains of a paper plate smeared with canned tuna gunk, plus an empty glass that had once held a healthy serving of bourbon. What’s more, I was trying to sing along with the greatest hits of my favorite late country singer, George Jones, but doing a miserable job of it

It was hard to believe you could make songs like “A Picture of Me (Without You)” and “These Days (I Barely Get By)” and “If Drinkin’ Don’t Kill Me (Her Memory Will)” even more depressing, but somehow I managed it.

But in the end, the movies I watched matched my mood, those being “Jaws,” “Gladiator,” and “Saving Private Ryan.”

But help was on the way in the form of my kid sister, Patty. She planned a quick visit to keep me from going over the edge. Patty was the ideal solution to my “home alone” problem, for two reasons. First, we get along like peas and carrots. Second, she’s the only other person in my family with whom I can casually watch thirty straight hours of football, then wonder when the next game’s coming on.

Yeah, I thought, they all gave me the stink eye!

So I spent the next hour assuring everyone that, though I undoubtedly deserved it, Nancy hadn’t dumped my butt, and Patty was my sister instead of some floozy I had bumped into at a scroungy gin joint just an hour before.

Once Patty left to go home, there were only three more days of solitude before Nancy was due back. Perhaps because my chances of survival were improving daily, my mind flashed on the solution to a serious problem that had long vexed me.

Before leaving, Nancy had stocked up on some necessary supplies for me. You know what I mean. Hebrew National beef franks. Black licorice Twizzlers. Sunsweet prunes. Also, a ready-made bag of Caesar salad, of which I’m a big fan.

What I really love about it, though, is the dressing, but they NEVER give you enough in those wonky little packets. So I was putting my salad together when I remembered Nancy was in Portland, and I didn’t mean Indiana. Therefore, she wasn’t gonna walk in on me unannounced! And with that, I grabbed three big handfuls of lettuce from the salad bag and sent them down the garbage disposal.

Now the lettuce-to-dressing ratio was perfect. Finally I’d accomplished something constructive during my week from hell. But I decided not to brag to Nancy about it, she being the frugal type who’d object to me pitching lettuce while a billion-plus people in China were going to bed that night without any Caesar salad dressing at all.

Guess I’ll just keep my mouth shut when she gets back, except for “Welcome home, honey!”