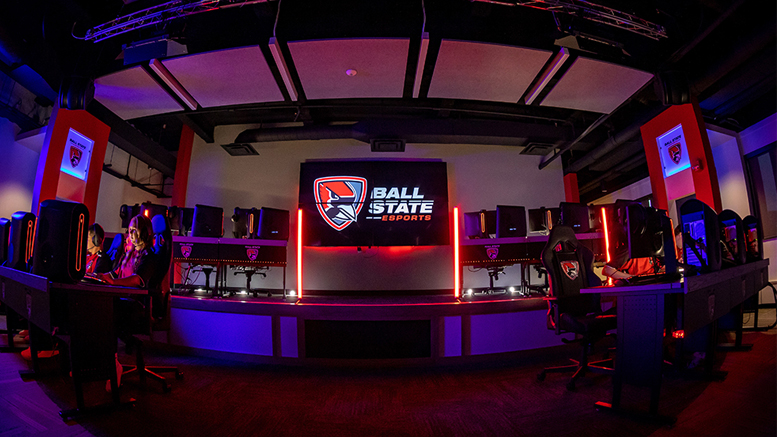 This partnership expands Ball State’s global influence and role as an innovator in the emerging industry of esports, while offering unique opportunities for student-athletes within Ball State’s esports program in the University’s College of Communication, Information, and Media (CCIM), and for Gen.G’s student-athletes.

“We are excited about this burgeoning partnership and what it can mean for Ball State, CCIM, and Gen.G,” said Dr. Paaige Turner, CCIM dean. “Gen.G has a presence as one of the most visible multi-national corporations in esports—and Ball State has an innovative, well-established program with a state-of-the-art esports center to facilitate academic and competitive experiences.”

One key aspect of this partnership is the establishment of a pathway for Gen.G’s esports student-athletes to apply for admission to CCIM’s esports program, which offers academic and esports competition opportunities available at Ball State. The University is working with Gen.G on creating multiple pathways for the high school-age students. To date, seven student-athletes from the Gen.G Elite Esports Academy (GEEA), Gen.G’s international school program, have been accepted to Ball State for the Fall 2022 semester.

Ball State’s esports student-athletes benefit from this partnership by having opportunities to learn, work, and compete alongside Gen.G student-athletes who have extensive international exposure in esports. Also noteworthy are Gen.G’s major initiatives, including #TeamBumble, a team platform for the empowerment of women in gaming.

“We not only help students learn about the esports industry, we teach them how it came about, what are the real jobs in esports, and how to work together in order to move the industry forward,” said Joseph Baek, Gen.G’s executive director of education initiatives.

In addition to being a competitive player, students have several possible career paths in the esports industry, such as team coaching and management, gaming streaming/content creation, analytics and research, operations and technology development, design, and marketing and communications. Ball State’s Esports Production concentration, under CCIM’s Department of Media, delivers hands-on instruction for students to develop their skills in the field of esports media. Students in the program learn the history of esports, video production, streaming, and live event broadcasting.

Aside from the partnership with Gen.G, Ball State maintains a separate strategic affiliation with Rahal Letterman Lanigan Racing (RLL)—which was established in February. The partnership with RLL led to the establishment of the Rahal Letterman Lanigan Racing Scholarship, which provides a $5,000 scholarship to two members of Ball State’s varsity esports team each year from the 2022-23 through 2025-26 academic years, advancing the program’s mission of recruiting and retaining the top esports talent in the world.

The Ball State and RLL partnership has provided other special opportunities for students engaged in Ball State’s esports program. In May, for example, several Ball State Esports students took advantage of an exclusive opportunity to visit with and observe members of the RLL racing team in action at the Indianapolis Motor Speedway as they prepared for the 106th running of the Indianapolis 500.

Ball State began its varsity esports program as part of its College of Communication, Information, and Media in January 2021, becoming a founding member of the Esports Collegiate Conference. The University has more than 800 students who participate in its student-run Esports Club, including more than 50 student-athletes on its varsity esports team. For more information about Ball State’s esports program, email esports@bsu.edu or call 765-285-6025.

Founded in 1918 and located in Muncie, Ball State University is one of Indiana’s premier universities and an economic driver for the state. Ball State’s 21,600 students come from all over Indiana, the nation, and the world. The 790-acre campus is large enough to accommodate first-rate facilities and 19 NCAA Division I sports, but our welcoming and inclusive campus is small enough to ensure the friendliness, personal attention, and access that are the hallmarks of the University. Destination 2040: Our Flight Path establishes Ball State’s ambitious goals for our second century. We Fly!