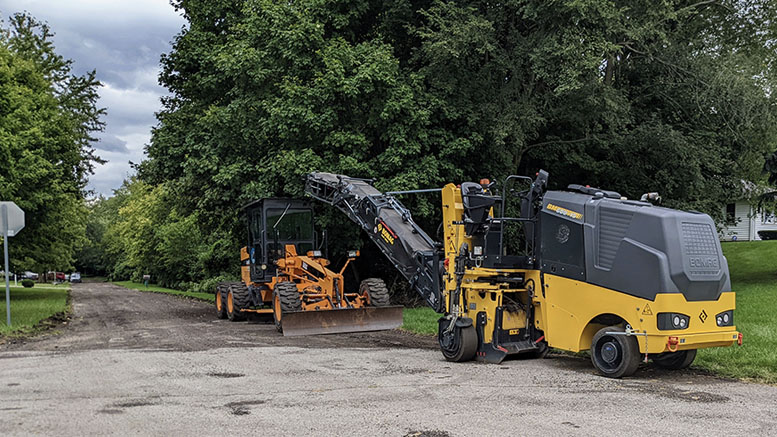 MUNCIE, IN—According to City Engineer Adam Leach, the Streets Department has laid down nearly as much paving material in 2022 as in the last two years combined. Records going back farther than that may unearth a more prolific year, but the paving crew is clearly on a roll – and the pace isn’t slowing down.

Part of the increased volume is due to the City’s dedication to fixing roads, not paving over them. This includes milling the old asphalt down, so that the new layer has a firm foundation and won’t break down as quickly. The milling process takes longer, but estimates say that milling can extend the lifespan of a street for up to 20 years, as opposed to 5-10 for a resurfaced road. Milling has environmental benefits, too – asphalt millings can be recycled for other projects around the city.

Despite the additional time it takes to mill before paving, the Streets Department has surpassed the initial goal of 63 streets. In July, the department made a long-term investment in their very own milling machine, which the public has affectionately nicknamed “Chewie.” Followed by the purchase of a paver, the Streets Department now has an in-house paving crew for the first time in Muncie history. Previously, the city has relied on outside contractors, which adds time and expense to any project. Leach reported that the first paving project the in-house crew completed was about 75% less expensive than if they had used a contractor. 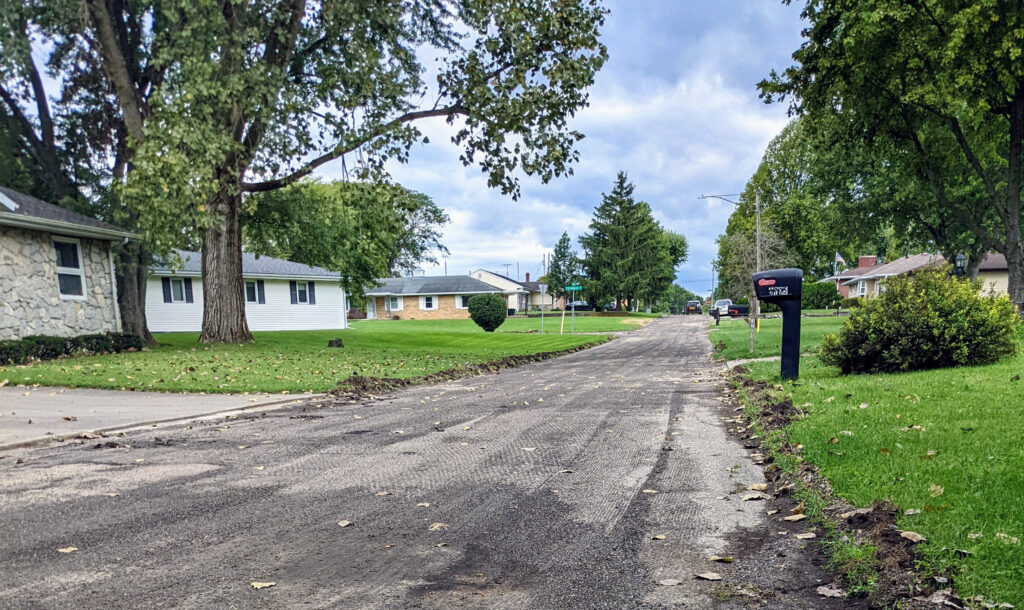 Cost-effective projects means the Streets budget can stretch farther, which means the crew is already estimating a total of 68 streets completed in 2022. Now that the department is equipped with the right tools and the right team, residents of Muncie can expect to see more improvements in the near future – and for resurfaced roads to stay smooth for longer. “Just resurfacing roads is faster and easier, but Muncie deserves a long-term investment,” commented Mayor Dan Ridenour. “I’d love to be able to report more repaved roads, but they’d be falling apart again in a few years. If we take the time to do it right, Muncie will be enjoying safe, smooth roads long after I leave office.”