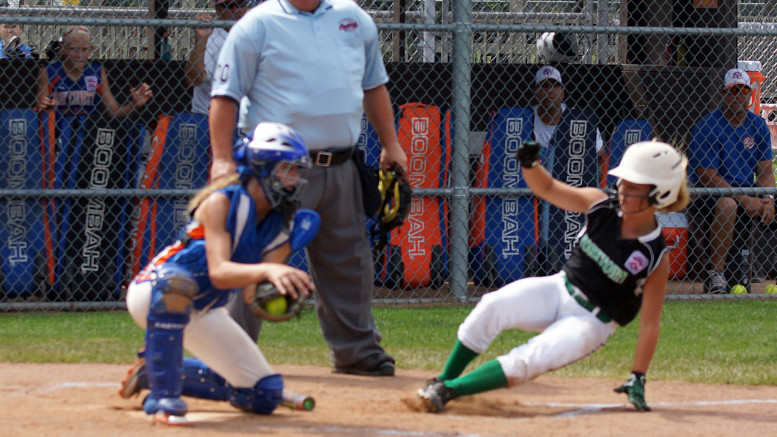 Team Indiana (Yorktown JAA), the #2 seed, jumped on the #3 seed, Team Michigan, early and managed to hang on 7-3 to earn its first ever birth in the Little League® Majors (12U) Softball Regional Tournament Championship game.  The contest pits Team Iowa and Team Indiana, the tournaments #1 and #2 seeds, respectively, in a showdown Thursday morning at 11:00 a.m. in Indianapolis. The winner of the game earns the right to represent the Little League’s Central Region in what is perhaps the most highly-publicized and prestigious youth sports contest in the country, the Little League® World Series.

The Yorktown Softball Tigers built an early lead against Michigan, scoring steadily throughout the contest.  They put up three runs in the first, one run in the second and fourth innings, and finally two more in the top of the sixth. Lexie Robertson was strong offensively, racking up three RBIs on four hits, including a triple, for Indiana. 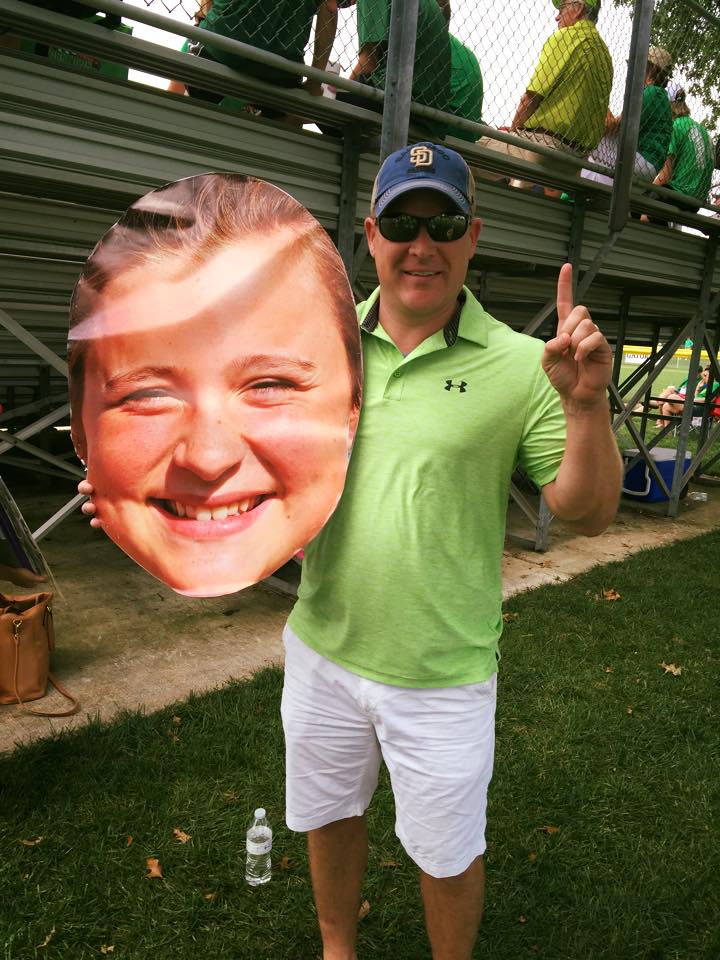 Steve Davis shows his support for his niece at the regional semi finals in Indianapolis.

As with her other starts, Savannah Baker was dominant on the mound. She directed another masterpiece, racking up 11 strikeouts, allowing just three earned runs, two hits and three walks over a complete game six innings.

Team Michigan wouldn’t go away quietly, though, and put together a rally in the bottom of the sixth, posting three runs on the board.  As she’s done all tournament long, though, Baker answered the call and struck out the final batter to end the game.

Standing in Yorktown’s way is Team Iowa, the tournament’s #1 seed.  The Iowa team has been steadily dominant, giving up only two runs in their five games here in Indy. Iowa’s attack is balanced and led by an excellent pitcher and catcher combination.  So far, few teams have had an answer, and Team Indiana will have to play its best ball game of the tournament.

For more information on the tournament, visit the Yorktown JAA site, www.yorktownjaa.org, or the official Little League Tourney site, http://www.llbws.org/llbbws/llsbws/central.htm.