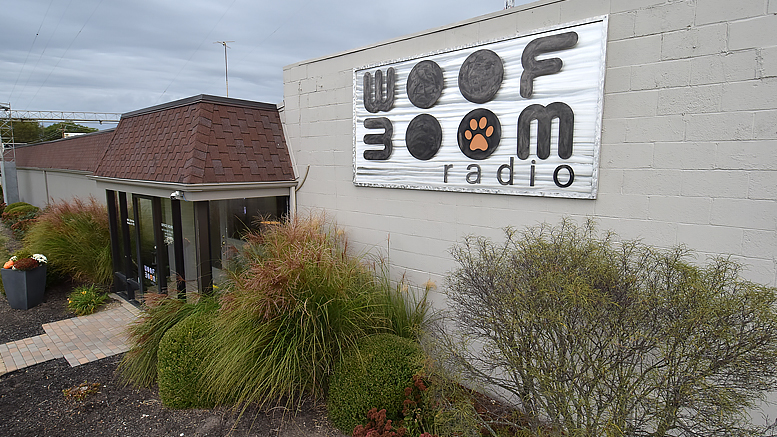 The offices of Woof Boom Radio located at 800 E. 29th Street in Muncie.

Muncie, IN—Announcing the acquisition of WKHL 106.7 FM, West Lafayette, Woof Boom Radio continues its mission to build out great locally managed and owned radio stations. Woof Boom Radio began with a vision of great radio that focuses on service to the local community. Woof Boom, with this newest addition, becomes a station group operating in three markets in Indiana and Ohio.

The station will be run by Woof Boom Radio Lafayette Managing Partner, Jim Stone. Stone, a long-time radio veteran returns to Lafayette. “We will program and format this station to meet the needs of the people of Lafayette.” Stone continued, “This is a rare opportunity to create a station from the ground up, and once we do, we will build it and then run it to serve the listeners of Lafayette.”

Stone is the former program director, operations manager, and on-air personality for a group of radio stations in Rockford, Illinois. “I worked with Jim Stone for nearly a decade. He is a natural leader and a great broadcaster,” Woof Boom Radio President J Chapman remarked. “Jim, as part of our ownership group, will not only be invested in the community, but I know that he will work to make a difference in Lafayette.”

The station is anticipated to close in late 2017.