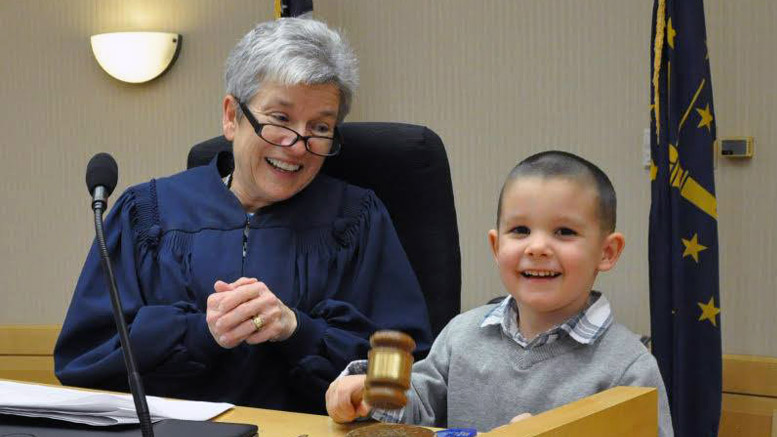 The Honorable Marianne L. Vorhees is pictured with a young child adopted on National Adoption Day. Photo by: Elizabeth Saylor

Muncie, IN—On Friday, November 16, 2018, a total of 22 children and their forever families were brought together to have their adoptions finalized at the Delaware County Justice Center as part of National Adoption Day.  Eighteen families left the event with smiles on their faces, stuffed animals in the arms of children, and hearts filled to overflowing with thankfulness and joy. The hearings started at 1 p.m. in the Honorable John M. Feick’s courtroom and ended just before 4:30 p.m. in the Honorable Marianne L. Vorhees’ courtroom.

The youngest child to be adopted that day was 1 month old and the oldest was 19 years old. Elizabeth Saylor, a Muncie adoptive mother herself, was the official photographer for this event and several pictures she took capturing the beautiful emotions of the day are included with this article.

One special moment of the day included a “surprise adoption.” The Brighton family were set to finalize the adoption of siblings Grace and Adeline, Wards of the Delaware County Department of Child Services. Their seventeen-year-old foster daughter, Chasity, was also to be adopted by the Brightons, but the internal process at the Department of Child Services (“DCS”) had only just began, so her finalization would have to wait. Or so everyone thought.

When Chasity told her Madison County Family Case Manager Brandy Sorrell that wished she could be adopted at the same time as Grace and Adeline, Ms. Sorrell took this “wish” up the channels and at every level of DCS staff worked together to make the internal process for Chasity’s adoption take three weeks instead of the typical three months (or more).  Chasity had no idea she was being adopted, until Judge Feick called her to come up to the bench where he sat and asked her “would you like to be adopted today, too?” Chasity responded with a sigh and a soft “I wish….” To which Judge Feick answered with a “well, your wish is my command.” Chasity’s face is in this picture reveals the magnitude of the moment beautifully. 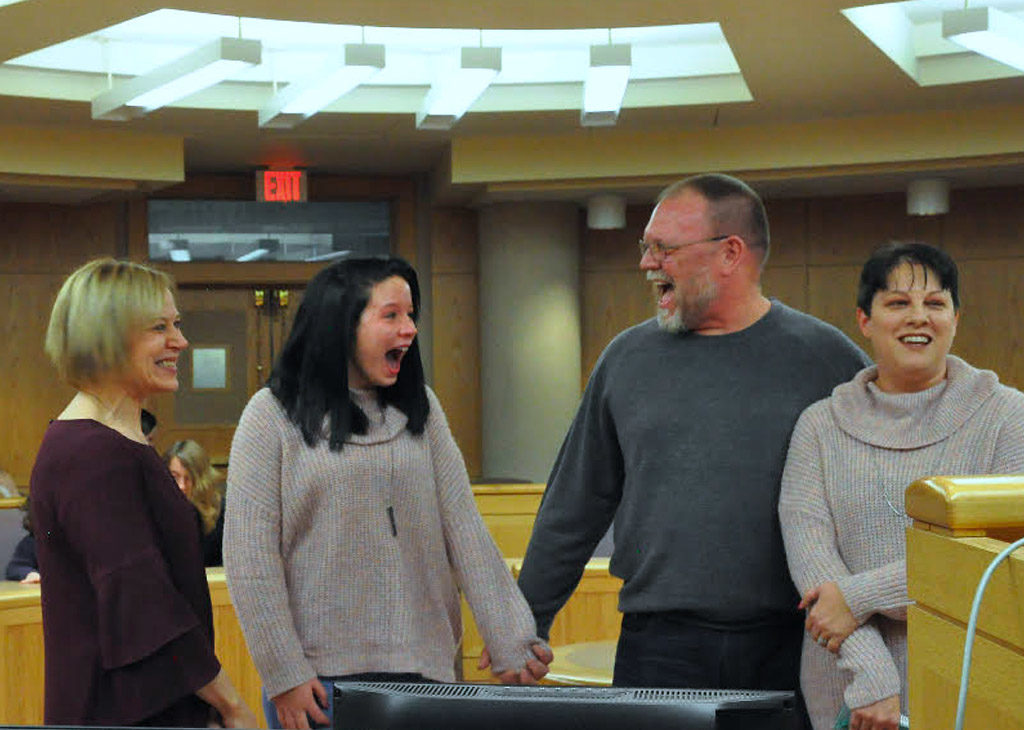 November is National Adoption Month and many counties around the State of Indiana had National Adoption Day events like the one held in Delaware County. The commitment of both Judge Feick and Judge Vorhees to celebrating adoption and forever families is in large part the reason for the success of this event.  Local adoption attorney Rebecca Bruce, with the help of Judge Feick and Judge Vorhees, coordinated the event. Sixteen of the families who participated in the event were represented by attorney Bruce.  While Ms. Bruce isn’t adopted herself, her practice is 100% adoption law and her husband, the other attorney in Bruce & Bruce, was adopted, as were all 4 of their children.

“I think it is fitting that National Adoption Day is in the month of November, a month known for Thanksgiving and being thankful for the most important things in life. ‘Forever families’ are priceless.  Not only should we be thankful for them, but we should celebrate them.” 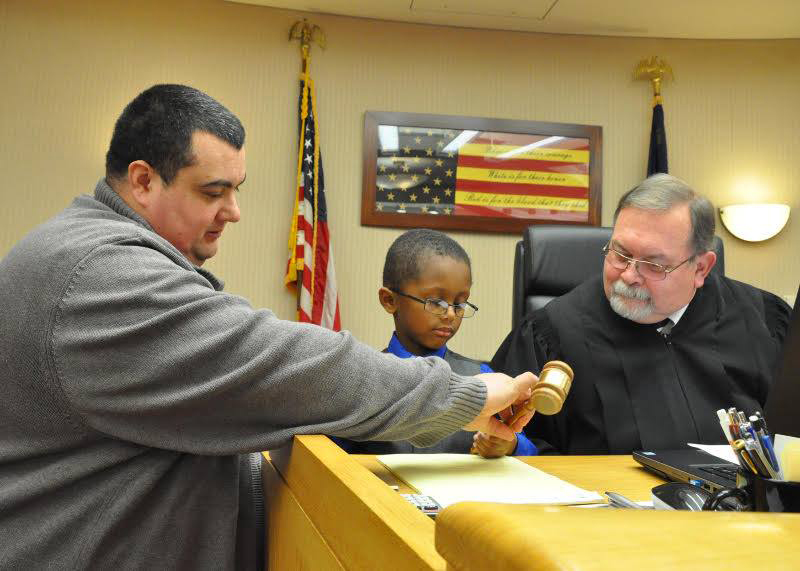 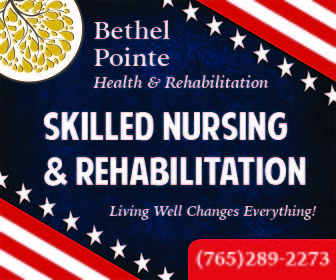