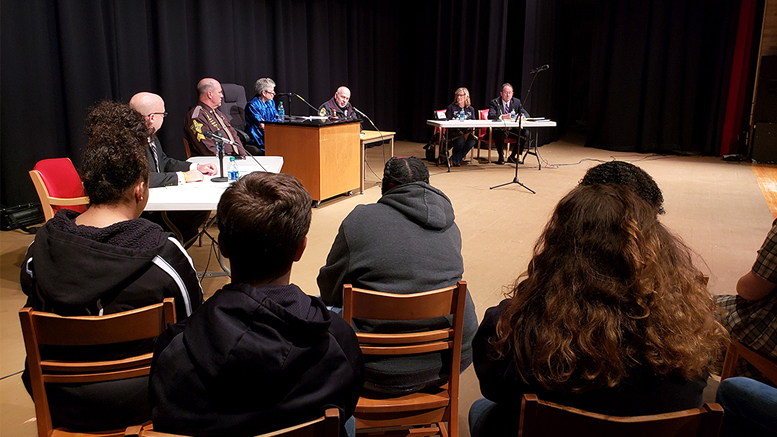 Southside Middle School students watch a "mock trial" and get an experience as close to reality as possible. Photo provided.

Muncie, Indiana—The Eighth Grade teachers at Muncie Southside Middle School wanted to give the class a real-life courtroom experience, but transporting all 120 students to the Delaware County Justice Center, along with the necessary staff, proved an impossible task.

Judge John Feick in the Delaware Circuit Court No. 4 responded, “Why don’t we hold a Mock Trial at the School?”  Court Administrator Emily Anderson passed the idea along, and on December 11, 2018, the Courts, the Sheriff, and the Prosecuting Attorney partnered with the Middle School to give the students a trial experience as close to reality as possible.

The case presented these facts:  Kathy is a passenger in her boyfriend Tyler’s vehicle.  A Muncie Police Officer pulls the vehicle over after spotting it in the drive-up line at a Taco Bell with expired plates.  A drug-detection dog promptly appears and alerts on Kathy’s door. The police officer finds a bag containing meth under Kathy’s seat.  He also observed her bend down after he flashed his lights and directed the vehicle to pull over.

The teachers selected the students who served as the jurors.  They listened intently to the opening and closing statements, the evidence, and the judge’s brief instructions.

During the deliberations, which lasted about fifteen minutes, Judge Vorhees led a question and answer session with the students who had observed the trial. Following deliberations, the jury found Kathy not guilty.  The question and answer session then continued, with the judge and the students asking the jurors questions about their decision-making process.

“Determining another’s fate is a great responsibility,” one of the jurors said afterwards.

Tammy Greenwell, a teacher who helped coordinate the event, hopes the students will learn life lessons from the Mock Trial.  “I’m hoping it will make them think, when they’re in a car with a friend, they could get in trouble if their friend has drugs.  It’s about making good decisions.”

The event lasted around two hours, including the trial and the question and answer session.  The partners in the event were happy to participate in this community outreach event and hope it made an impact on the students. 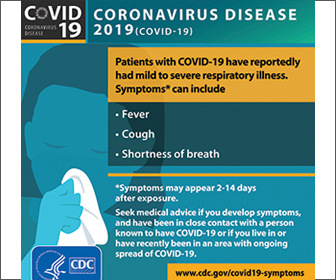