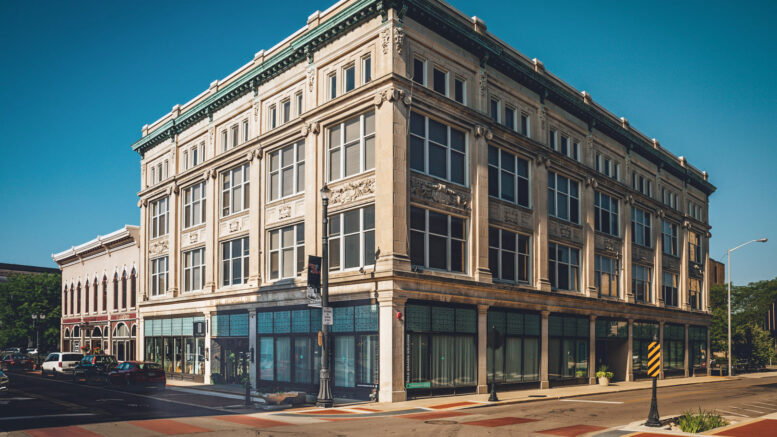 The Intersection agency is located in downtown Muncie. Photo provided

The Hermes Creative Awards is an international competition administered and judged by the Association of Marketing and Communication Professionals; the competition recognizes outstanding work by creative professionals in the traditional and emerging media industry.

“AMCP judges are industry professionals who look for companies and individuals whose talent exceeds a high standard of excellence and whose work serves as a benchmark for the industry,” AMCP wrote in a press release.

The organization said it anticipates receiving over 6,000 entries globally (entries are still open for a second-wave judging round).

“We have a long track record of winning awards on behalf of our incredible clients, but these particular awards are a little extra special. For the first time ever, we competed internationally and not just in our competitive East Central Indiana district,” said Chance Benbow, co-founder and CEO of Intersection. “Winning so many awards on this grand of a stage is a high honor. It’s also a direct reflection of our talented to team; these awards represent their hard work and expertise.”

Intersection received two Platinum awards, including one for a pandemic response campaign that targeted college students. The campaign was created in partnership with the Delaware County Health Department and took a creative approach to the standard precautionary messaging to better resonate with young adults. Students were encouraged to “practice safe six” (hitting on the 6-foot social distancing guidelines) and to “wake up and smell the coffee” (to ensure they have not lost their sense of smell, one of the early symptoms of COVID-19).

The other Platinum award was for a viewbook for the Town of Yorktown. The viewbook, which highlighted the many investment opportunities and benefits of running a business in downtown Yorktown, was distributed to small business owners, entrepreneurs, investors and developers across the state. The book resulted in a 43 percent positive response rate, with 35 percent of recipients attending a luncheon (pre-pandemic) at Yorktown’s Town Hall to learn more and an additional 8 percent expressing interest in locating or investing in downtown Yorktown. 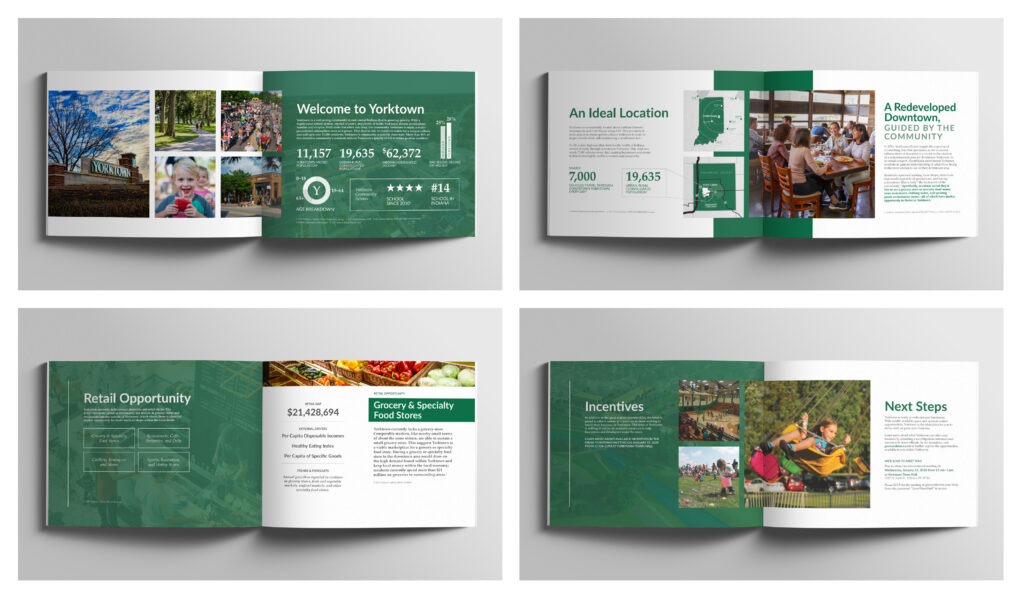 In addition to its three top awards, the agency also earned honorable mentions for its website redesigns for Ball Brothers Foundation (launched in early 2020) and Minnetrista (launched in summer 2020), as well as for a logo design for Indy Phoenix.

Intersection is a full-service marketing and branding agency in East Central Indiana that harnesses the power of strategy to transform brands of all sizes, equipping clients with the strategic marketing tools necessary to gain results in heightened awareness, clarity of message and brand, and increased donors and sales. The agency offers services in brand strategy, creative, digital, PR and communications, and media.