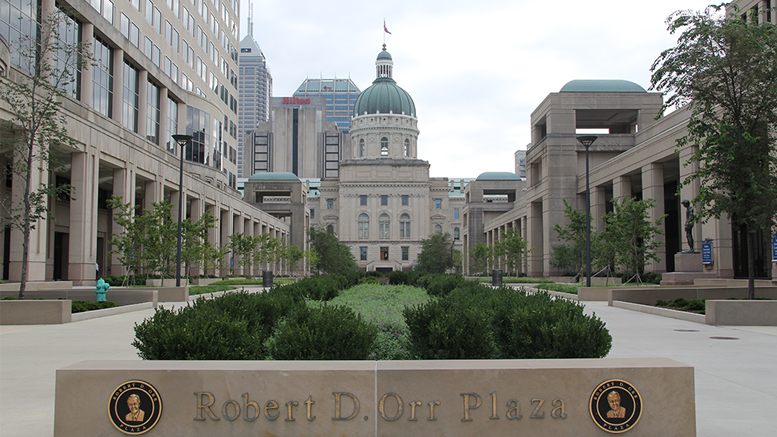 INDIANAPOLIS, IN—Dozens of Indiana laws took effect on July 1, 2022, including a new tax on vaping products, a ban on transgender females playing on girls sports teams and the elimination of handgun permits.

Overall, more than 150 bills passed during the legislative session but some went into effect immediately.

Here’s a rundown of the notable laws:

A law banning transgender females from competing in girls school sports will take effect despite a veto from the Republican governor and repeated pushback from opponents who argue the measure is a bigoted response to a problem that doesn’t exist.

Republican lawmakers voted in May to override an unexpected veto from Gov. Eric Holcomb, who said the bill did not provide a consistent policy for what he called “fairness in K-12 sports.”

The American Civil Liberties Union of Indiana immediately filed a lawsuit following the override in hopes of blocking the law from taking effect. Indiana’s Republican Attorney General Todd Rokita — who has vowed to defend the law — opposed the ACLU’s motion for a preliminary injunction in court documents filed earlier this month.

Indiana joins more than a dozen other states adopting similar laws in the past two years.

After heated, final-hour debates, the end of the 2022 legislative session saw the passage of a Constitutional Carry measure that says Hoosiers who are 18 and older don’t need a permit to carry a handgun.

There are still exceptions to who can carry a handgun, however. That includes individuals who have been convicted of a felony or have a pending felony case — the same as under the previous permitting system. But it will be harder for police to immediately know if a person is prohibited or not.

Anyone who has been convicted of domestic violence, domestic battery or criminal stalking, and those who have been dishonorably discharged from the military are also not allowed to have a handgun.

Violators of the handgun law face, at minimum, a misdemeanor charge that carries a maximum penalty of 365 days in prison.

The crime is elevated to a felony — punishable by up to six years in prison — if the individual has past felony or domestic violence convictions, or if they carry a handgun on or near school property.

Permits still will be available to those who want one through the Indiana State Police.

E-cigarette cartridges and vape pods will be taxed at 15% of the wholesale price. Other vaping products are also subject to a 15% retail tax.

Lawmakers originally planned to impose a 25% tax on e-cigarette cartridges, but legislators lowered the tax to 15% during the 2022 session. They argued the vaping device tax change was made to bring it in line with the 15% rate set last year for refillable vaping products.

The new law takes effect after the U.S. Food and Drug Administration announced last week that Juul, an e-cigarette maker, must stop selling its vaping device and its tobacco and menthol flavored cartridges.

A federal appeals court temporarily blocked the government ban, however, allowing Juul to sell its electronic cigarettes while it appeals the sales ban.

As lawmakers prepare to propose new abortion restrictions in a special session later this month, a separate new law requires personnel at abortion clinics to ask pregnant individuals if their abortion was coerced. It also requires clinics to inform patients that coerced abortion is illegal.

If clinic staff suspect or are informed of a coerced abortion, they are required to contact law enforcement, who must investigate the report.

The law states that coercing someone into an abortion is a Level 6 felony. A facility that fails to report a coerced abortion could additionally face a Class C infraction.

Effective Friday, Hoosiers will no longer be able to participate in net metering when they install rooftop solar panels or other types of distributed generation systems.

Meant to provide an economic incentive for homeowners to install solar, net metering has provided credits to homeowners for excess energy they generate and send back onto the grid.

The phase-out means those who install solar panels on their roofs will no longer be eligible for the retail credit for their solar energy.

Under a new law, charitable organizations can only pay bail for people charged with misdemeanors and nonviolent felonies as long as the person hasn’t been previously convicted of a violent felony.

Organizations are also not allowed to bail out more than three people in a 180-day period without a license.

The law was widely considered to be aimed at The Bail Project, which worked with the the American Civil Liberties Union of Indiana to file a legal challenge against it.

A federal judge on Wednesday refused to block the law from taking effect as scheduled, however.

Judge James Patrick Hanlon in Indianapolis denied a request from The Bail Project and the ACLU of Indiana for an injunction, ruling that the groups hadn’t shown a likelihood that they would succeed in proving the law unconstitutional.

School boards are now required to accept oral public comment at each meeting.

The measure allows individual boards to set time limits on comment periods, and to take measures necessary to keep meetings orderly — including removing anyone who is being intentionally disruptive. School boards are also allowed to meet virtually under certain circumstances.

The legislation stemmed from confrontational or disruptive school board meetings over the last year that saw some boards suspend or restrict public comment sessions.

Republished with permission from https://indianacapitalchronicle.com